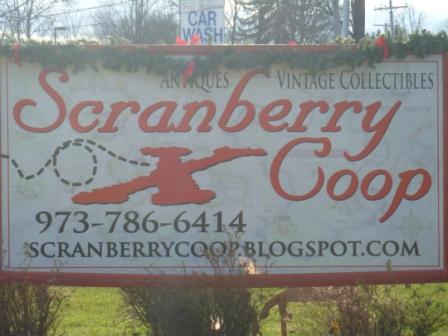 Sometimes the best Disney gifts can be found in places we often don’t consider—like at Scranberry Coop, an antique and vintage collectibles center in Andover, New Jersey.

Can you get something for that Disney or Disney Parks fan on your list if you’ve cut back on the spending this year?

I was recently reminded that yes, you can—you just may have to look someplace you’d never expect. 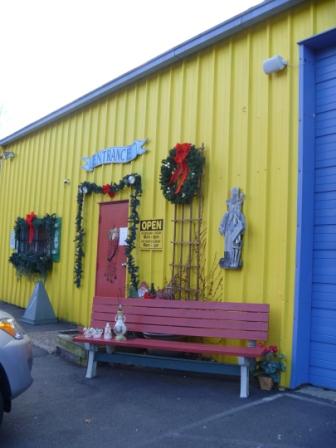 The entrance to Scranberry Coop. 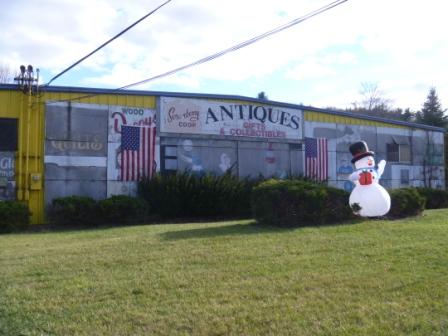 A view of Scranberry Coop from Route 206.

Last year, Nathan and I were visiting his family in New Jersey for Thanksgiving weekend, and he took me to Scranberry Coop, an antique and vintage collectibles center. I was surprised to discover that there were plenty of Disney collectibles in nice shape—for very reasonable prices. 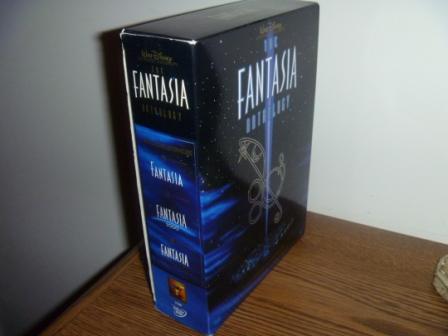 I’ve wanted the Fantasia Anthology—the special 60th anniversary edition—for a long time. The consistent asking price on Amazon for a new set runs between $67-$70. At Scranberry Coop, Nathan picked it up this mint condition set for me for Christmas—for $12.

So if you’ve cut back a bit this year but still want to get something Disney-related that’s special—and easier on the wallet—take a few minutes and think outside the box: visit a thrift store, flea market, antique shop. You might be surprised at what you find.

Below, a virtual inventory of some of the treasures we discovered at Scranberry Coop. If you’d like to know more about them, you can visit their website at http://www.scranberrycoop.blogspot.com 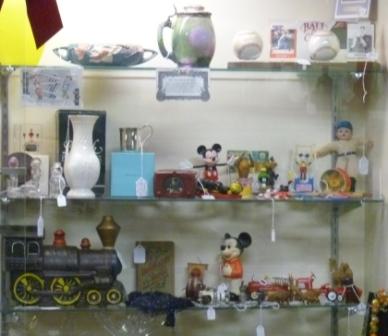 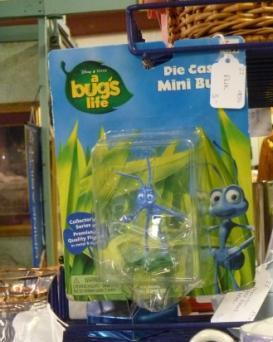 This Die Cast Flik, from the Disney/Pixar feature A Bug’s Life, was selling for $3. 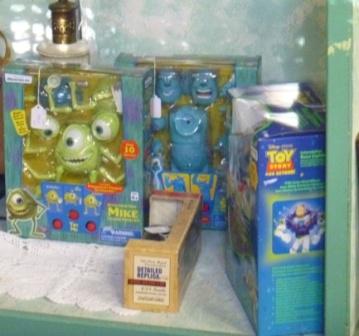 These Monsters Inc. and Toy Story sets were tagged $5. 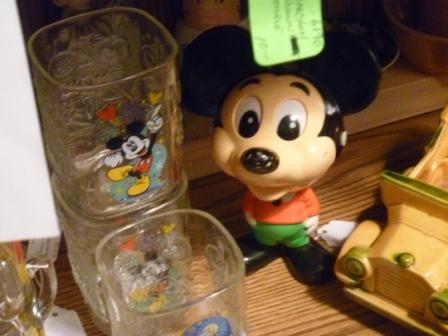 I don’t know how much the Mickey figurine was going for (the $10 tag belongs to an item on the shelf above), but the glasses—issued for Walt Disney World in 2000—were $2 a piece; in a current Ebay auction, the opening bid for the set was $19.99. 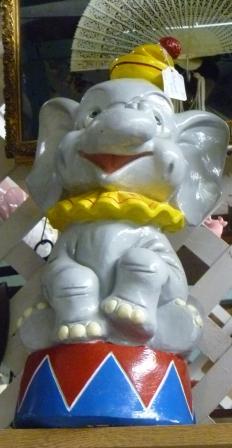 This Dumbo figurine was tagged $14. I don’t know how old it is, but a quick search on Dumbo figurines on Ebay revealed that some can go for hundreds of dollars (whether new OR old). 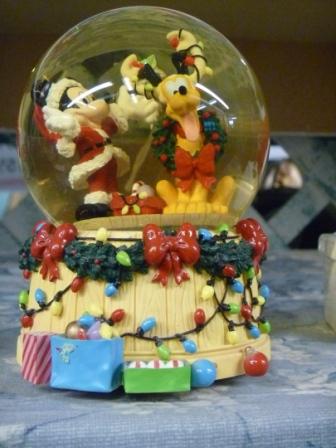 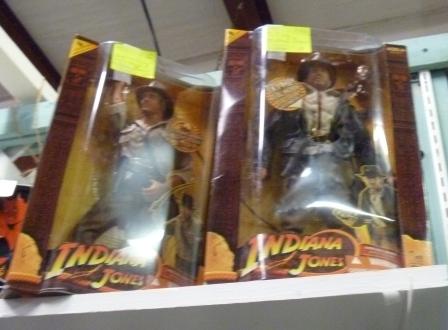 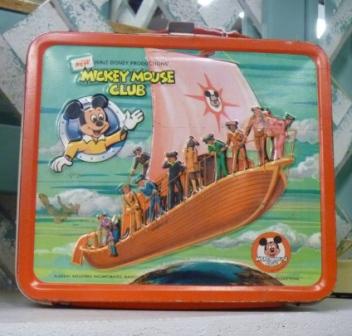 This Mickey Mouse Club lunchbox dates to 1977. Current price for this item on Ebay is $95; at Scranberry Coop, they wanted $5. 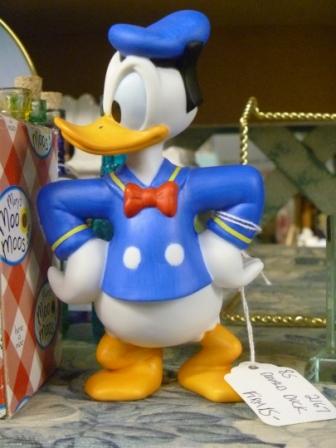 This Donald Duck figure seemed a little bit pricey at $15 (firm), but a similar one I found online was running $24. 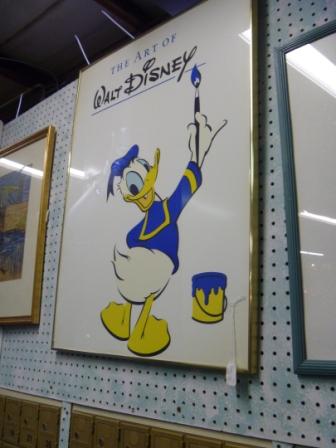 This framed wall art was $20—a very good deal. 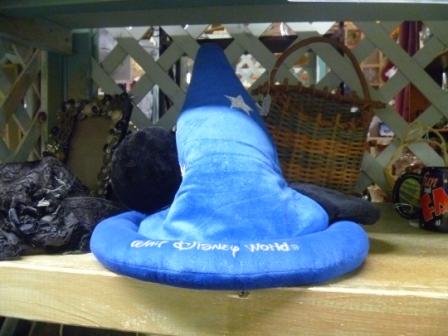 These are currently sold in the parks; I don’t know how much they sell for there, but I’m pretty sure they’re more expensive than this one, which was going for $2. At first I couldn’t really figure out who would want this, but you never know. Someone could be a huge fan of Hollywood Studios and want to buy this for their next trip so they don’t have to purchase one in the parks. 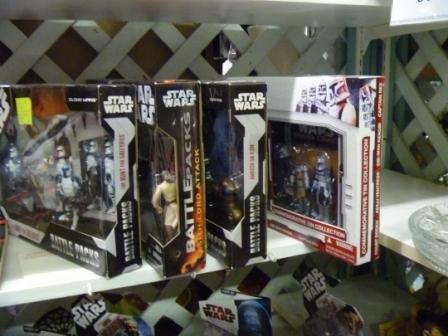 Star Wars Battle Packs retail for about $19.99-$24.99, according to the Hasbro website. These were selling for $10 and were new. All you had to do was dust them off. 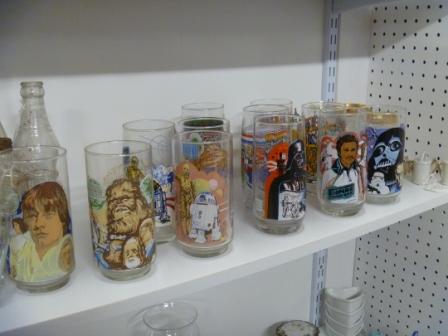 It was difficult for me to say “no” to these, since I had some when I was a kid (but they were, of course, broken years ago). From left, the ones which feature Luke, Chewie, C-Threepio/R2-D2—and then the one all the way at the far right with Darth Vader’s looming face—are vintage 1977 and are being sold as a set on Ebay for $65; the one with Darth Vader turning away and Lando are vintage 1980 and are selling on Ebay right now for about $13 each. These glasses were $8/each.