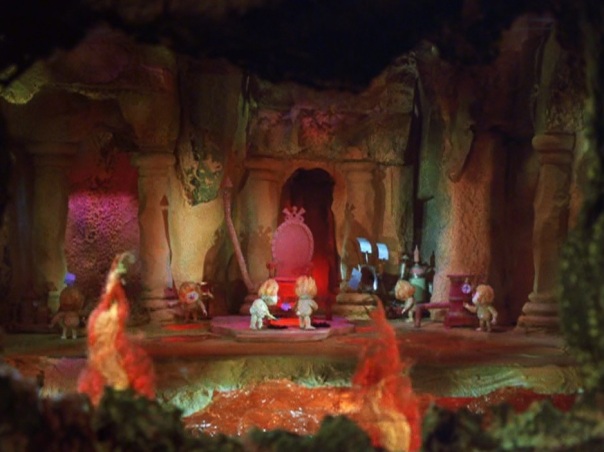 Except, of course, for the things in them that scared the crap out of me.

Talk to anyone who grew up in the Rankin/Bass era and they’ll agree—some of these contained some pretty frightening stuff. Rudolph the Red-Nosed Reindeer’s Abominable Snowman of the North’s distant roar was bone-chilling, the death of Nestor the Long-Eared Donkey’s mother was profoundly sad (in a blizzard, she covered him with her body to keep him warm; when he awoke, he had to crawl out from under carcass), and Santa Claus is Comin’ to Town’s The Winter Warlock sported a nightmare-inducing sneer full of triangular teeth. Of all of these, it was Snow and Heat Misers from 1974’s The Year Without a Santa Claus that disturbed me the most. 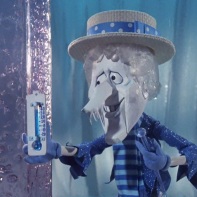 Snow Miser doesn’t ever want a day above forty degrees. For a kid who hated the snow and cold, that was frightening. 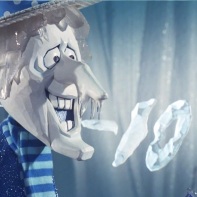 Snow Miser could blow the most interesting frost rings… 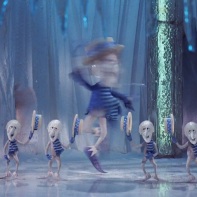 While Rudolph was easy to remember because it aired every year, there was at least a decade (or maybe two) when I was out of touch with The Year Without a Santa Claus, and could only recall it as “that Christmas special with the scary snow and fire people.” Thanks to yet another evolution in the way we are delivered visual entertainment, these once-vanished specials started making the rounds on channels like ABC Family (now Freeform) or were released on DVD and BluRay—and I was able to reconnect.

The fact that Heat Miser lived in a volcano was terrifying.

I remember believing Heat Miser was a scary dragon — he could breathe fire!

Although I now love what Heat Miser stands for (those of you who know me know I’m a tropical girl!), I can understand now why he freaked me out as a kid: unlike Snow Miser, who’s creepy but a bit goofy, Heat Miser is angry; he actually looks threatening. His minions are also significantly more menacing than Snow’s. And I think being able to melt things when you touch them is also a macabre win. 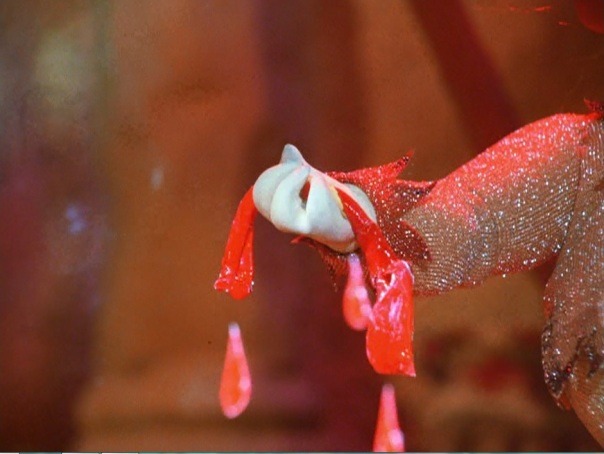 The Heat Miser had the power to melt things–here, it’s a shovel, but later in the song, it’s the moon!

You can watch the Snow and Heat Miser songs on YouTube here. If you’d like to own The Year Without a Santa Claus, you can get it with Nestor, The Long-Eared Christmas Donkey and Rudolph’s Shiny New Year here: http://a.co/0bz8RBr

Posted on December 11, 2017, in Tot Terrors and tagged Heat Miser, Rankin Bass Christmas Specials, Snow Miser, the Christmas special with the snow guy from the 1970s, The Year Without a Santa Claus. Bookmark the permalink. Leave a comment.