Off to the Cape to write… 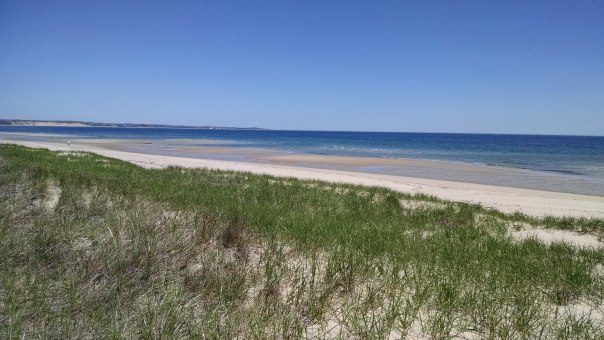 The beach near our rented house. It’s my understanding that portions of this beach are reserved for the piping plover, a shore bird whose populations have suffered because of human activity on the beaches, and I did get to see some, which, as a novice birdwatcher, was a real thrill!

I’ll be up in Cape Cod this week for some much needed quiet time.

The writing life can be crazy, because no matter what anyone tells you about your writing coming first, you can’t always make the time you need to sit down and get to it: there is the job (most writers have some kind of job in addition to just writing). There are family and social responsibilities, house cleaning, errands, and marketing/promoting your work. Then there’s anything else you want to do, like podcasting, projects, and volunteer positions.

Yeah, I know, a retreat sounds like a big vacation or a week-long drinking party. And, sometimes, it might have some time like that each day, especially after everyone’s been off in their corners working in the silence for eight to ten hours. But mostly? A good writing retreat is one that is productive…and it’s always important to find a place that’ll work for you. 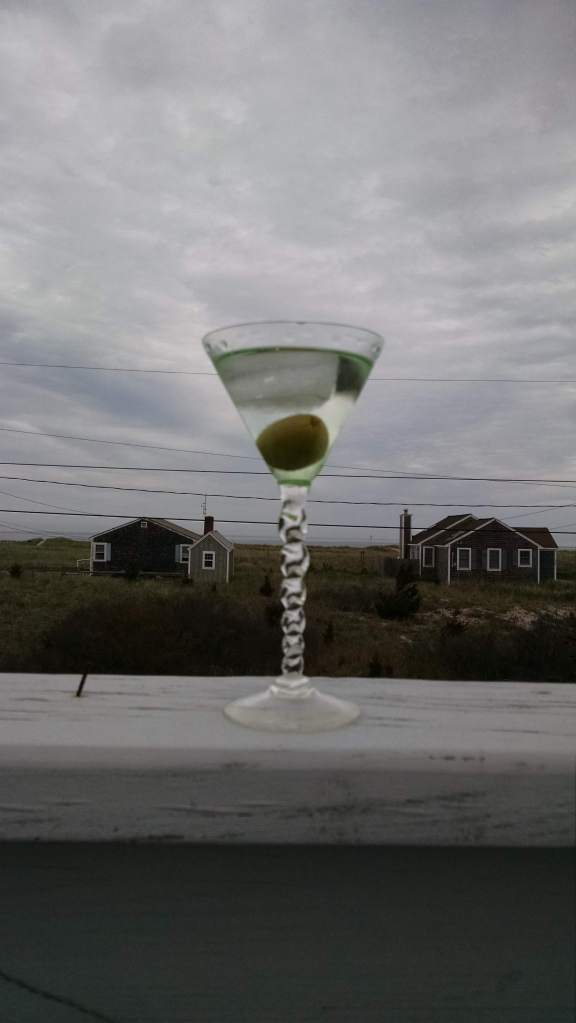 When I arrive at a retreat, usually before I even unpack my stuff, I have a cocktail. Last year it was a martini. This is up on the third floor porch, which has a stunning view, especially at night–it’s like you can reach up and touch the stars.

Cape Cod is that place for me. Check out these photos from last year’s retreat…I shared a house with several other writers from Broad Universe (you can learn more about this fantastic networking organization here: https://broaduniverse.org/ 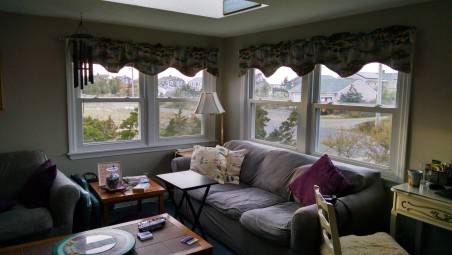 This is the main living room on the second floor. It was where many of us did our writing due to the rainy, cold weather. We’re hoping for better weather this year.

This was my room. I didn’t have a roommate, which was great, since I could just throw all my crap on the other bed. 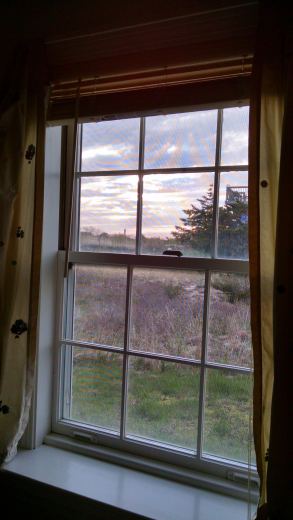 The view from my room. 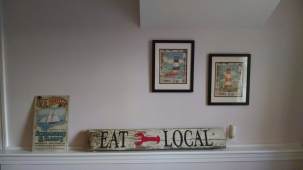 The decorations in my room. 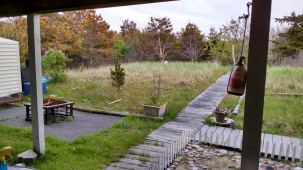 This is the back yard, and my view on the one nice day I could write outside. I was sitting on a patio off the ground floor. 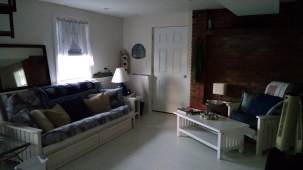 This was a downstairs living space that was right outside my room. It was a nice quiet place to read.

The home has two bathrooms (as well as an outdoor shower set-up). My room was downstairs, so I used the one on the ground floor. Why a photo of a bathroom? Well, I don’t talk about it much, but I have a thing about bathrooms. I always photograph them no matter where I’m staying.

The home has a spiral staircase that goes from the ground floor to the second. Not a good idea if you’re tipsy, I can tell you that!

Many times at a writer’s retreat, stuff like this is considered an acceptable meal. 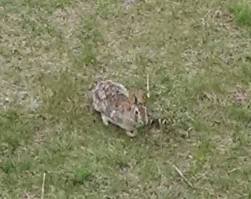 Who doesn’t love a bunny rabbit? This guy was out on the lawn. 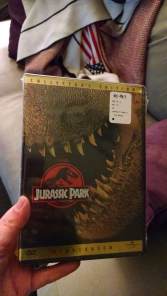 The owners of the home had a nice stock pile of movies, and since the weather was crappy (again) and we couldn’t hang outside like we wanted to, we decided to pop in this old favorite! Not like we all don’t know every damn line, but it WAS fun to actively watch it. Most of the time when I put this movie in I just have it in to listen to as I’m doing something else.

We were so excited to figure out how the TV worked so we could pop in the movie we found.

A friend and I are about to take a couple of hours’ break. 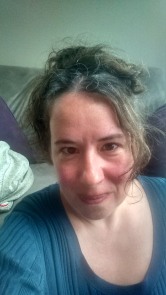 A rare shot of me relaxed. But also, check out what the sea salt in the air does to my hair! I loved it so much I bought a pump bottle of sea salt spray. It works, but it’s not the same. 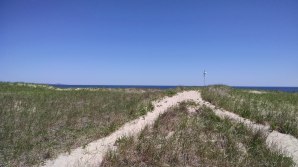 The house we rent is actually across the street from the beach. Here are the paths to get there. 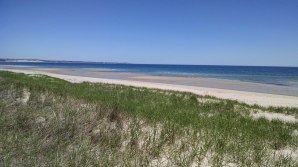 The beach near our rented house. It’s my understanding that portions of this beach are reserved for the piping plover, a shore bird whose populations have suffered because of human activity on the beaches, and I did get to see some, which, as a novice birdwatcher, was a real thrill! 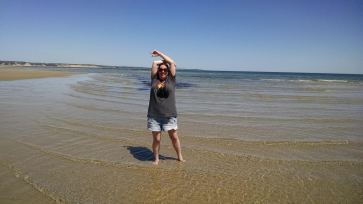 The weather, for most of the week, was crappy. On the first nice day, I took some time to play in the waves. 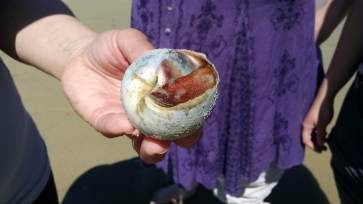 This is a moon snail. I’ve seen plenty at the aquarium, but they’re always small. This one was huge. 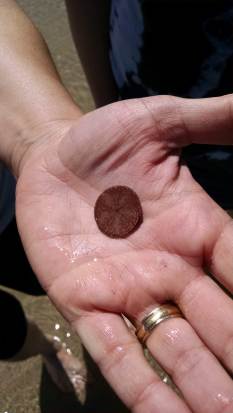 A live sand dollar in the palm of my hand! As an aquarium volunteer I’ve seen plenty, but boy was it super-cool to see them in the wild. They were everywhere.

It’s also important to take a little downtime to enjoy your environment. On the first nice day we got, we hit the beach and made a few discoveries.