If you missed Episode 1 of Scary Scribes, my new podcast on Paranormal, Eh? Radio which featured a reading of Stacey Longo’s “People Person,” followed by a chat with the writer and the story behind the story, never fear! It’s here.

You can listen here (Note: 15-30 second delay before audio begins): 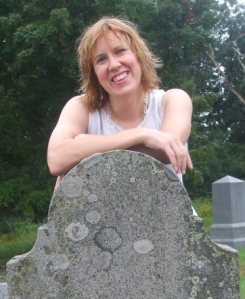 Stacey’s short horror fiction has appeared in several scary anthologies, among them Malicious Deviance and Daily Bits of Flesh. She’s best known, though, for her zombie fiction—like “Wedding Day Blues,” in which a bride refuses to let her groom’s newly-dead status ruin her big day. Her zombie stories have been featured in the anthologies Zombidays: Festivities of the Flesheaters, Rapid Decomposition, and Hell Hath No Fury.

Check out Stacey and her work at http://www.staceylongo.com/