← Behind the Scenes: Making the Bad Apple Trailer
Listen Carefully: The Jackalope is Here! →

The Jackalope Arrives on Scary Scribes! 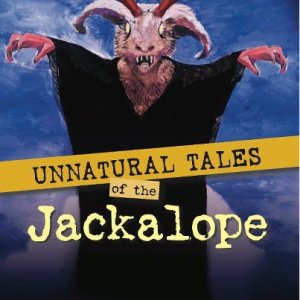 …and while you’re waiting, check out the Unnatural Tales of the Jackalope Trailer here:

and the show’s guests below!

Introducing Unnatural Tales of the Jackalope: Eighteen stories, a poem, and a letter all about the fabled Southwestern Jackalope. Read as a lonely jackalope comes into his own, learn how Ronald Reagan used his jackalope to find political success, explore the horrific ramifications as jackalopes terrorize those unlucky enough to cross their paths…and meet other creatures along the way, like the mighty chupacabra and terrifying moths. This collection explores many aspects of the world of the jackalope! Edited by John Palisano, with tales by Jeff Strand, Rick Pickman, Fawn, D.T. Griffith, RachelTowns, Kristi Petersen Schoonover, Sephera Giron, and more! Available in Print and Ebook wherever books are sold! 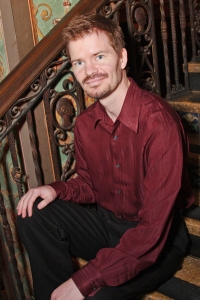 Jeff Strand is the three-time Bram Stoker Award finalist (and zero time winner) of such novels as PRESSURE, DWELLER, BENJAMIN’S PARASITE, WOLF HUNT, A BAD DAY FOR VOODOO, THE SINISTER MR. CORPSE, and a bunch of others. Naturally, his story in UNNATURAL TALES OF THE JACKALOPE remains his greatest achievement, and there’s really no reason for him to publish another word, since he’ll never, ever, ever top that one.

More about Jeff Strand at http://www.jeffstrand.com

David (D.T.) Griffith is currently enrolled in WesternConnecticutStateUniversity’s MFA in Creative and Professional Writing program. Along with pursuing fiction in the darker genres, he’s preparing to write a book in the corporate communication field as part of his graduate thesis. His background is in visual arts, working as a photo retoucher, graphic designer, web designer, and illustrator since the mid-90s. He studied creative writing and made it part of his undergrad degree, BFA in Fine Arts. His undergrad mentor was Dick Allen, currently Connecticut’s Poet Laureate.

Learn more about David and his work at http://dtgriffith.com/. 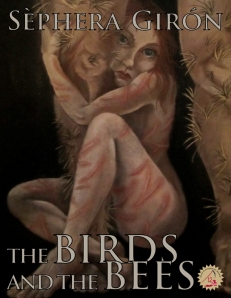 Sephera Giron has always been fascinated with the weird and macabre. As a child, she enjoyed the taxidermy oddities displayed in sideshows at local fairs, wax museums in Niagara Falls back when they showed real mutations of nature including living humans and she even read tarot at Carnival Diablo as an adult. She has had over a dozen mass market horror and erotica books published with more of her visions transforming into e-books almost as fast as a Jackalope chases whiskey. Sephera has two sons and lives by the lake in Toronto.

Rachel Towns is a Teacher who lives in Melbourne, Australia, with her husband Paulo. She currently writes speculative fiction, fantasy and historical fiction stories, whenever she can keep her two cats, Duck and Biggles away from the laptop, which they seem to believe is some kind of high tech cat bed. 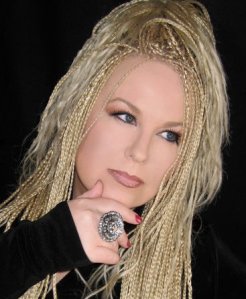 Fawn is an award winning ASCAP singer, songwriter, composer and recording artist, who shared the top of the Billboard Dance Charts with LadyGa Ga, Mariah Carey and Janet Jackson in 2010 with her song ‘Wish U Love’ on Hades/Stonedef Records.

Produced by Chad Jack and Tim Letteer, the song made it to #6 on the Billboard charts and was #2 only to Madonna, on the dance/house Masterbeat charts the first 2 months of its release. Her music video of the same song, produced by Fawn and directed by Stephan Wozniak, debuted in the top 10 music video charts on MTV’s LOGO Channel alongside Taylor Swift, Beyonce’, LadyGa Ga, Mariah Carey, Timbaland and Jennifer Lopez. It remained in the top 10 for 5 months and charted at #142 for the Top 200 Hit Dance Songs of 2009. ‘Wish U Love’ was nominated for ‘Best Dance Single’ at the Hollywood Music In Media Awards in 2010 and Fawn was personally nominated for a 2010 Wake Up Award for recognition in inspiring humanity to it’s full potential. In 2009, Fawn won the JPF Music Award for ‘Best Dance Single’ for ‘Wish U Love’ and the JPF Music Award for ‘Best Dance Album’ for “Body Soul and Mind,’ both available on itunes. In 2009 she also won the VH-1 Songwriting award for her soulful song about racism, “Into The Light” and in 2011 won ‘Cover Model Of The Year’ for LIC Magazine.

Her voice and songs have been heard on numerous TV shows, CD Compilations, commercials and films such as The Little Red Wagon, Spike Lee’s The Girl Is In Trouble,The Nathalee Holloway Story, CSI Miami, Charlie’s Angels 2011, Ugly Betty, Nip/Tuck, Ford, Mazda, Pontiac, Barbie, Ponds, Target, Guiding Light, Lavazza Coffee, The Young and The Restless, Missing, Dead End Falls, and Witchblade, among others. Fawn is currently in the studio finishing up her next electronica album and a piano based compositions album. After that, her goal is to start recording her Traditional Christmas Album made up of original songs and some oldies but goodies.

At present, she has become a published author, making it into the anthology “Unnatural Tales Of The Jackalope” with her short story “The Jackalope and The Jellybean,” currently available on Amazon by Western Legends. She is also part of a photographic exhibit and two separate coffee Table books, alongside Diane Warren and other notables in ‘A Day In My Shoes: Pumps and Pups’ by photographer Amy Martin-Friedman, with proceeds benefitting Animal Alliance, an animal welfare charity. She has future plans to be photographed for the project ‘Vgirls’ with Schwartz Studios before the end of 2012.

Fawn began her entertainment industry career at the ripe age of 6 months old, starring in several National TV Commercials. By the time she was 10 years old, she was doing voice-overs and singing commercials. Her first song released when she was a teenager and produced by BT, Brian Transeau (Film Composer for Monster/Fast and Furious), ‘Oneday,’ raised a substantial amount of money and awareness for people with HIV/AIDS. All proceeds from the song were donated to the cause.

More about Fawn at www.fawnmusic.com.

Jezzy Wolfe was the web-designer/mistress and contributor for Choate Road, the ‘Chuck E Cheese’ of horror, and co-hosted the blogtalk radio shows The Funky Werepig, and Pairanormal. Currently, she’s a reviewer for LIQUID IMAGINATION.

Her stories have appeared in various publications such as The World of Myth, Twisted Tongue magazine, The Odd Mind magazine, and the soon coming anthologies HARVEST HILL, Morpheus Tales special flash issue, The 2009 LADIES and GENTLEMAN of HORROR, and the Choate Road sampler fun book, KNOCK KNOCK… WHO’S THERE? DEATH!

← Behind the Scenes: Making the Bad Apple Trailer
Listen Carefully: The Jackalope is Here! →