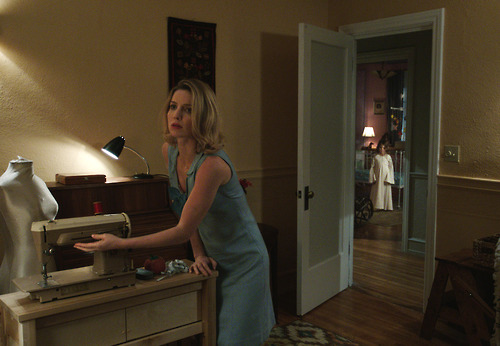 A scene from ANNABELLE which, curiously, copies from THE GRUDGE…

Whether or not you thought Annabelle was crystal or crap (or you’re on the fence about going to see it), this prequel to The Conjuring has been much anticipated and much talked about. But just like anything, there’s more to the story.

Nathan (occult specialist and also my husband) and I join Philip, Eric, Mike, and Abe on Dark Discussions to explore the truth behind the real case and the film’s dogma–and share a few spooky tales of our own (two words: chicken feet!). You can listen on ITunes and Stitcher, or here at the Dark Discussions website, or click here to play it directly: