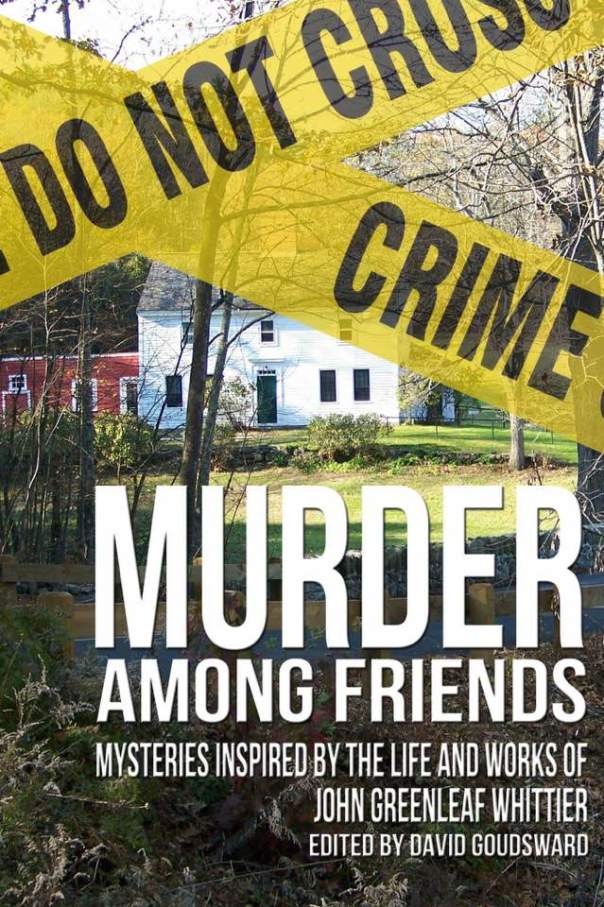 I’m excited to announce that the collection Murder Among Friends: Mysteries Inspired by the Life and Works of John Greenleaf Whittier–which will contain my mystery story “A Cricket in the Wall”–now has a release date of April 25, 2017.

I’m honored to appear with some well-known writers, some old friends, and some of Greenleaf’s contemporaries. If you love mysteries, add this to your shelf! Here’s the Table of Contents. For bios, visit here.

In case you missed it, my story “Shreds of Black” appeared in Snowbound with Zombies: Tales of the Supernatural Inspired by the Life and Works of John Greenleaf Whittier, a collection of horror stories which also benefits the birthplace. You can pick that up here: http://a.co/hqRzScZ