← Books and Boos Press signs THE SHADOWS BEHIND!
THIS WRITING LIFE EPISODE 15: THE JOY OF REVISION → 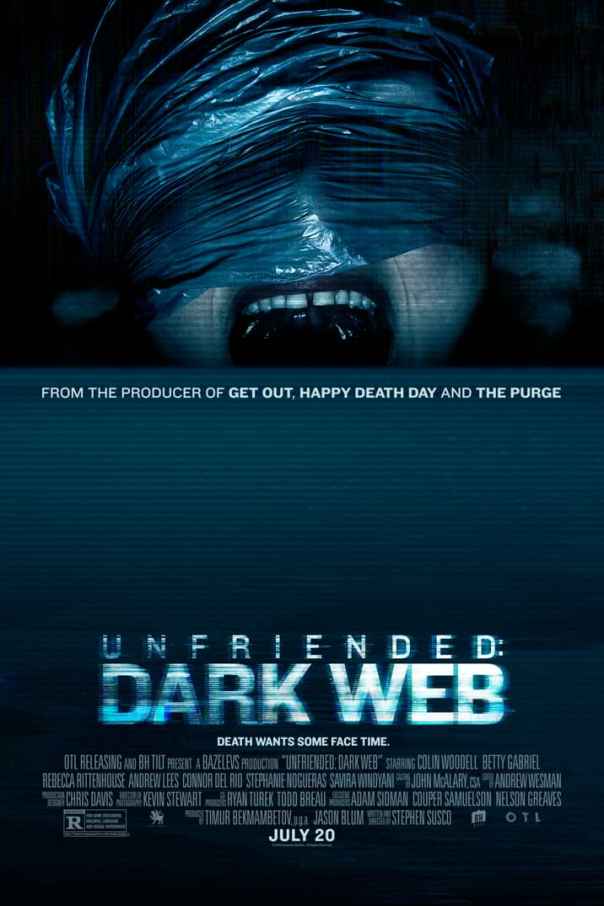 Unfriended: Dark Web is now available on VOD and disc, and Dark Discussions goes deep into it as well as its predecessor, Unfriended, in episode 347. You can listen in on Stitcher, Itunes, and here: http://www.darkdiscussions.com/Pages/podcast_347.html

The Unfriended franchise is unique in that, while considered found footage, the story is told through its characters using websites and apps as well as performing tasks on their computers. It’s a unique way to tell a tale (although it does require a lot of reading, and you really have to pay attention). In my opinion, the second one, Dark Web, was much tighter than the first. The second one did have a downside, though, in that it was released with three different endings, and which one you saw depended on which theater you saw it in. Apparently, not every one of the three endings was solid.

The DVD/Blu-ray release will feature all three endings.

← Books and Boos Press signs THE SHADOWS BEHIND!
THIS WRITING LIFE EPISODE 15: THE JOY OF REVISION →