← DARK DISCUSSIONS enjoys ONCE UPON A TIME … at the annual Mystic Meetup!
Special extended TWL episode: Howe was the book signing? → 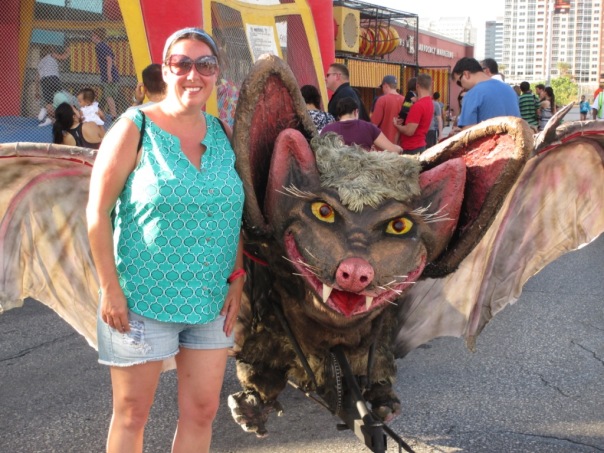 Me posing with a new friend on the Congress Avenue Bridge at Austin’s Bat Fest, August 23, 2014.

On one of my many sojourns to Austin, Texas, I was lucky enough to attend the annual Bat Fest, which in 2019 will be held Saturday, August 24, from 4 p.m. to midnight on the Congress Avenue Bridge downtown.

What is that, you ask?

Texas is famous for its bat colonies, and the state is home to 32 species. In fact, according to Texas Parks and Wildlife, Bracken Cave Preserve and the Congress Avenue Bridge are the largest known colonies in the world. It’s not uncommon for people to watch the bats emerge from their caves every evening, and events, like Austin’s annual Bat Fest, are much-anticipated occasions. Here’s a list of hotspots: https://tpwd.texas.gov/huntwild/wild/species/bats/bat-watching-sites/ 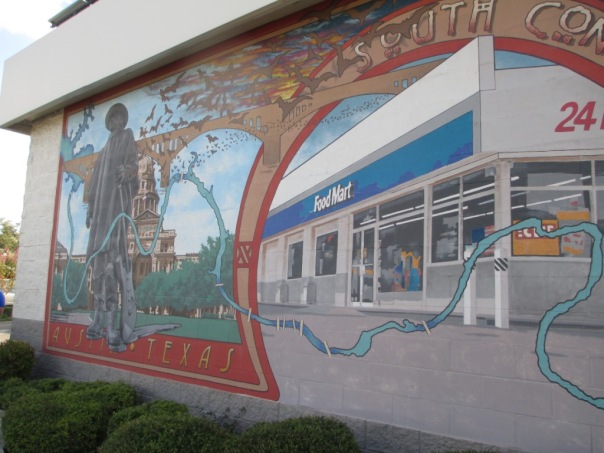 This artwork, on the side of a gas station/convenience store right near the Congress Avenue Bridge in downtown Austin, pays homage to the world’s largest known urban bat colony.

Back in 1982 or so, I read one of those cheesy 1970s thrillers called The Anthrax Mutation, by Alan Scott. I don’t remember a whole lot about the plot or the characters, but I do remember one very disturbing scene with a few dead cows; I also remember I developed a fascination with bats. Naturally, when my sister, Missie, moved to Austin, Texas, seeing the bats take to the night skies was on my bucket list. 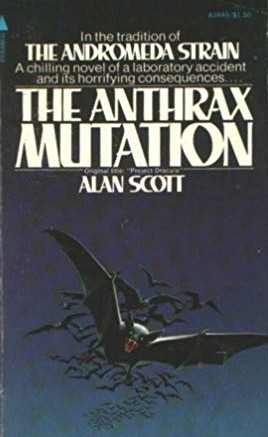 In 2014, we made it happen. Here’s some photos and video from the 2014 event, which featured live music, vendors, food, booze, and, of course, a prime spot for watching the bats! Get your tickets for this year’s party and learn more here: http://www.roadwayevents.com/event/bat-fest/

Here is a viewing guide for the bats at the Congress Avenue Bridge: https://www.tripsavvy.com/austins-bat-bridge-a-viewing-guide-254880

If you’re at all curious about The Anthrax Mutation? I know I have my dad’s original first edition paperback in the basement, but it’s still available out there used and pretty cheap. Check it out on Amazon here: https://www.amazon.com/Anthrax-Mutation-Original-Project-Dracula/dp/B000R80FMI 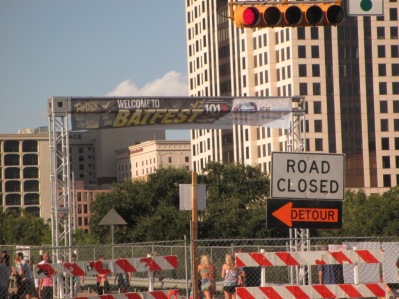 The Congress Avenue Bridge in downtown Austin shuts down for BatFest.

Me posing with a new friend on the Congress Avenue Bridge at Austin’s Bat Fest, August 23, 2014.

My sister, Missie, makes a new friend as well. She’s got a thing for owls (in fact, her house is full of owl stuff–napkin holders, coffee mugs, et cetera).

It was a hot day (that’s an understatement. Anyone from the Northeast would probably melt, but I loved it!). Here, Missie waits to get some cold lemonade.

I had never heard of fried Snickers! One advantage of being in the extreme heat–at least for me–is that I don’t eat because I had no appetite. I saw this sign, though, and wished I’d had one! Fried Snickers–there’s a first time for everything!

Missie holds up a mirror so that my niece, Andi, can model her new flower wreath.

Me and my wine…these were sold at the event and they were perfect. They were plastic cups with air-tight lids, so if you didn’t finish your drink, you could put it back in your bag without worrying about it spilling. I wish every festival did this. Great idea! 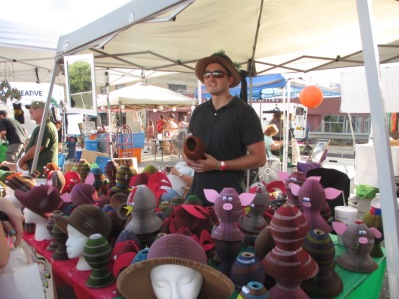 Austin is a city of creatives. One of the best things about their festivals is the plethora of local artisans. This guy was selling his unique handmade hats that also became stuffed animals. 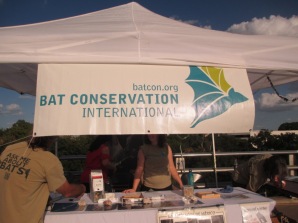 The state of Texas is very serious about its bat population. Bat Conservation International had an information booth to promote awareness. 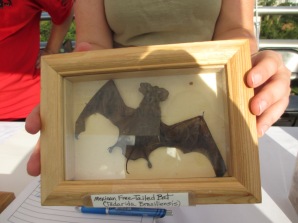 At the Bat Conversation International booth, a volunteer shows us a preserved Mexican free-tailed bat. These are the bats that live under the Congress Avenue Bridge. 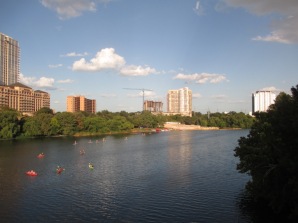 A view of downtown Austin and the river from high up on the Congress Avenue Bridge. Several people rent or bring their boats so they can watch the spectacle from the water. To the lower right of the picture and out of frame is a small park, which was also crammed with onlookers. 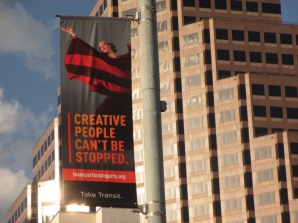 Another example of Texas’ love for its creatives. Honestly, I wish the area in which I lived up north here was as supportive as this. 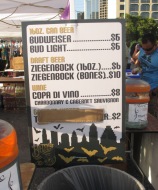 Several vendors sold alcoholic beverages. These prices were actually a little cheaper than most events up north at the time.

Another Austin creative displays his wares.

As you can imagine, custom/unique bat houses are very big in Texas.

I am so very sorry I didn’t think to purchase my copy of GOODNIGHT AUSTIN when I was there! You can, however, get a copy of this children’s book that features everything that makes Austin special at goodnightaustintexas.com. 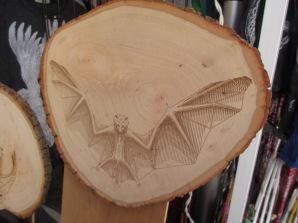 I really was looking to buy a very special souvenir that would remind me, specifically, of the night I spent at BatFest. Diamonds are Evil, an Austin-based company, makes jewelry out of wood. I purchased this gorgeous piece, and it now hangs over my mantel. To learn more about this company, visit here: https://www.dailytexanonline.com/2014/01/22/diamonds-are-evil-jewelry-company-takes-stand-against-diamonds 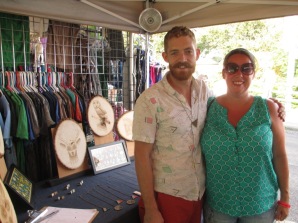 Me with artist Michael Murphy, who started the Diamonds are Evil company with his girlfriend, Meridith Butler. To be honest, I’m not even sure this company is in business anymore. The domain for their website expired. All the more reason that the bat piece I bought is special.

Posted on August 11, 2019, in Events, News and tagged bat colonies in Texas, Bat Conservation International, Congress Avenue Bridge, Diamonds are Evil, Mexican free-tailed bats, The Anthrax Mutation, when is Austin Bat Fest this year, where can I go to watch the bats take flight in Texas. Bookmark the permalink. 2 Comments.

← DARK DISCUSSIONS enjoys ONCE UPON A TIME … at the annual Mystic Meetup!
Special extended TWL episode: Howe was the book signing? →