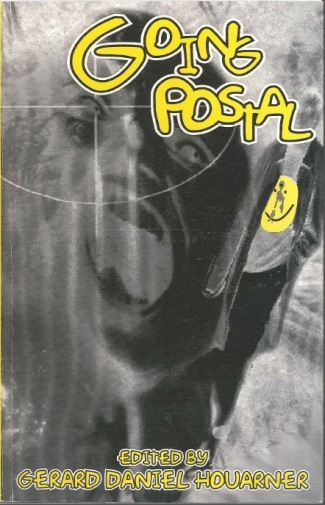 As you’re reading this, I’m in Walt Disney World (really…I’m enjoying Epcot’s Food & Wine Festival at the moment). So I thought it’d be apropos to recommend Dominick Cancilla’s “One Last E-Ticket Ride.”

This twisted, hilarious tale of a loyal Disney Cast Member who is fired and seeks revenge conveys a powerful message about loss of identity in one of the most interesting environments possible, but what makes it stand out is its consistent, sardonic voice. It manages to be humorous and depressing at the same time, and the result is one hell of a ride (groan).

What’s sad about this story is it’s difficult to find. It was originally published in a collection called Going Postal, edited by Gerard Daniel Houarner, in 1998. Still, keep your eyes open. Disney Parks fan or not, this one is a must-read. Although the publisher (Space & Time) still exists, I could find no mention of how to purchase this through them even though it’s rumored to be available there, so, I guess we’re relegated to watching this link for used copies: http://a.co/1n8ip4d.