Back at the Carnival… 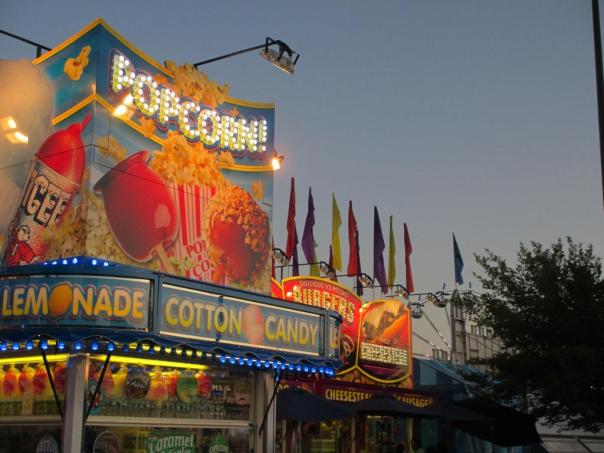 One of the most magical times to go to a carnival is just after the sun has set – with the onset of dusk, the day begins to cool down, and the night ahead seems as though it will last forever.

I’ve written about carnivals before (check out “The Call of the Carnival” at https://kristipetersenschoonover.com/2010/07/03/the-call-of-the-carnival/ ). It’s been awhile, so I figured with the start of summer (finally! Although it is still a bit on the cold side for me) I’d share a trip to this year’s Danbury Fair Carnival. 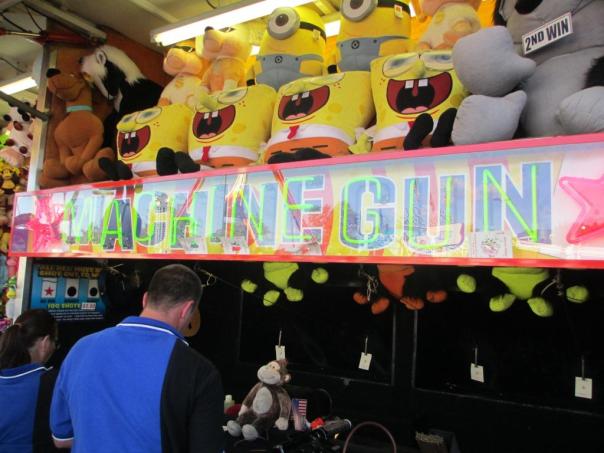 Nathan, who used to be a carnie (running games), simply couldn’t resist this one… 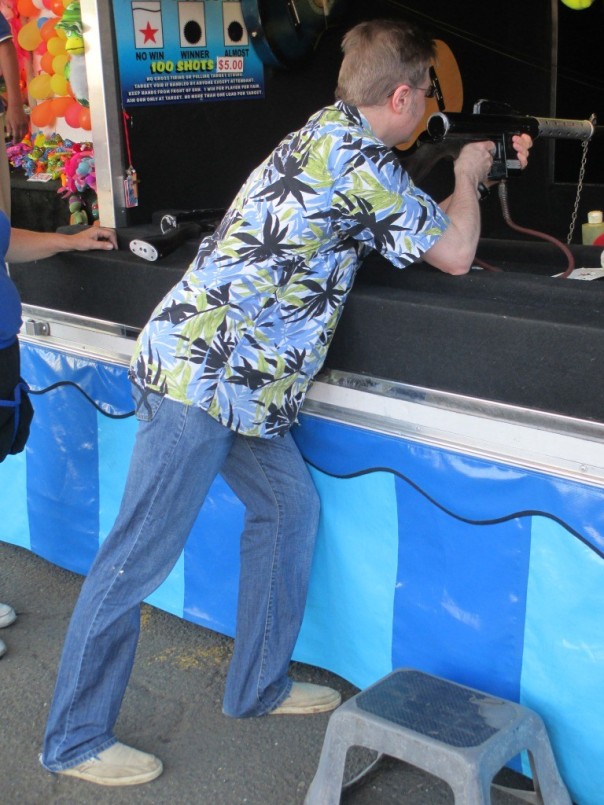 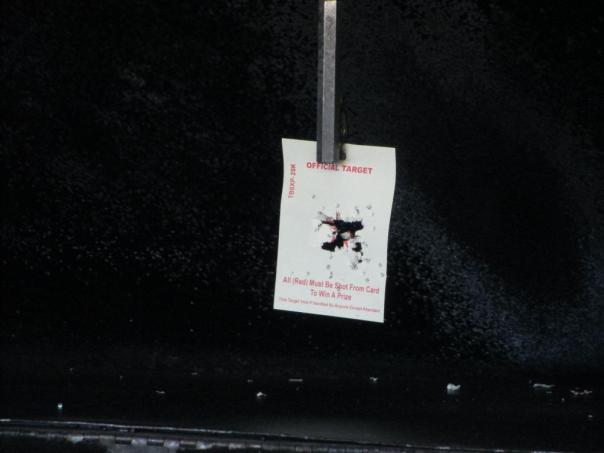 …probably because it’s the only one he’s never beaten. 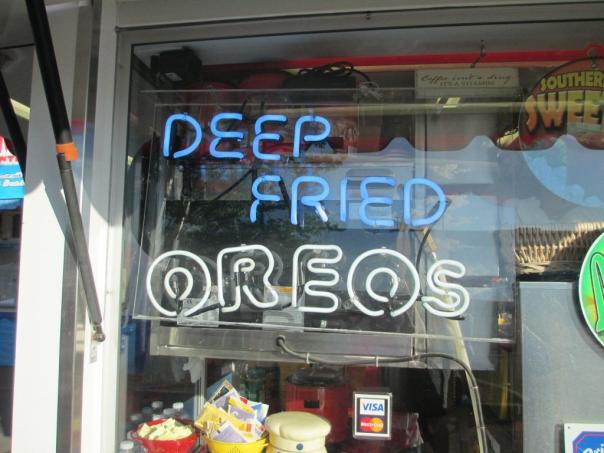 We didn’t get these this time around. They’re amazing – but they’re rich. I don’t know anyone who can eat more than one—two max. 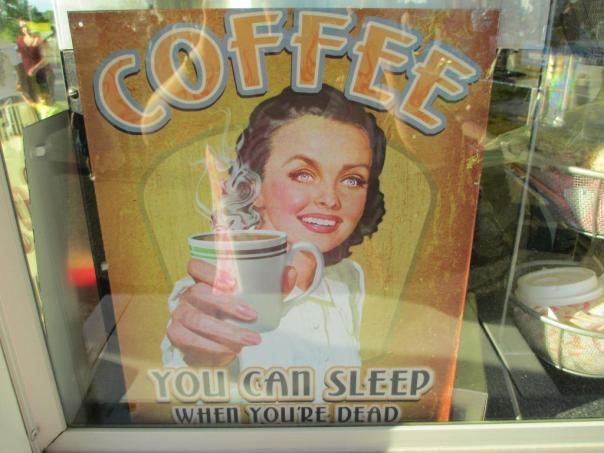 I love this sign…the eyes on this woman are priceless! But mostly, it’s because my Dad used to say “I can sleep when I’m dead” and I haven’t heard or seen the phrase since…well, since he died, basically.

This one man band was amazing! 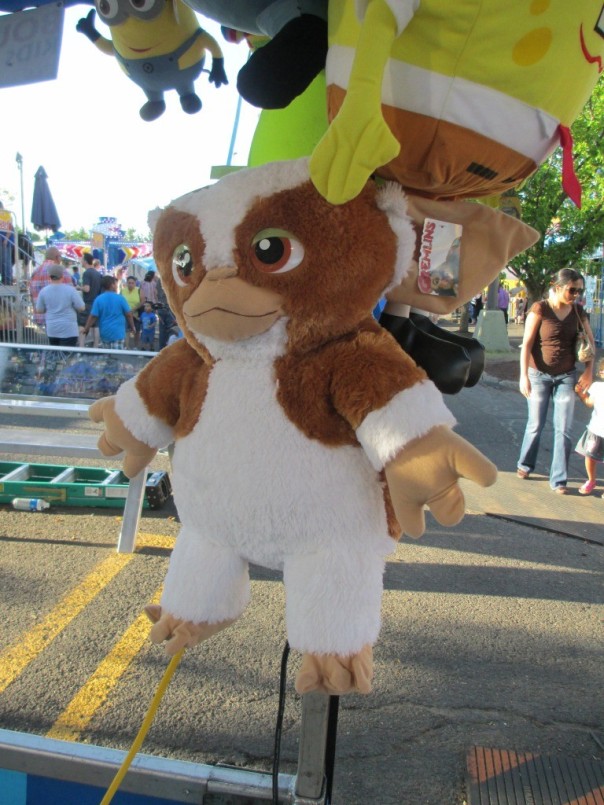 I’m a Gremlins fan (and did you know the movie’s 30-year anniversary was on June 8)? Not like I don’t have too many stuffed animals, but… 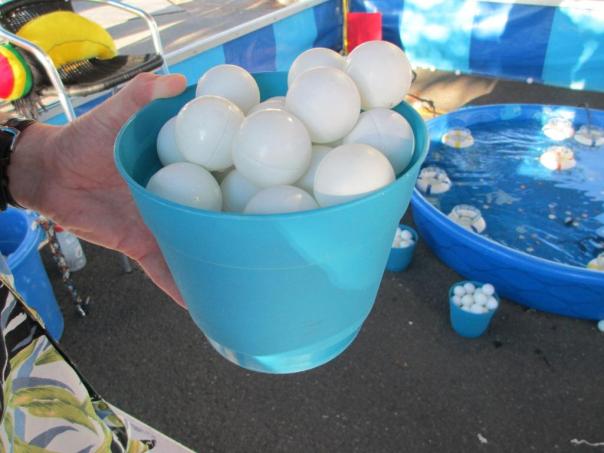 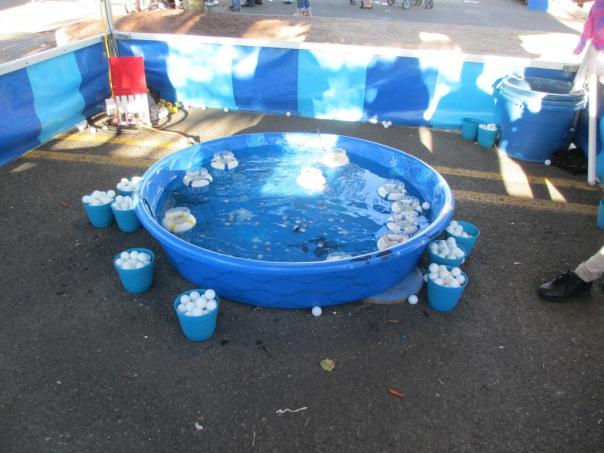 It was a really hard game. Even Nathan couldn’t do it and he’s the master at just about any game. 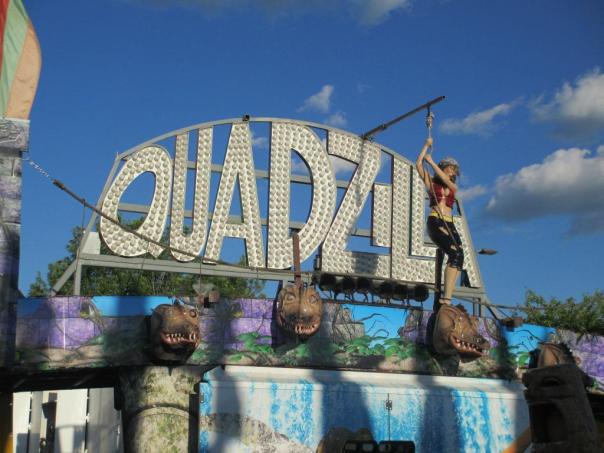 One of the fun things about carnivals is that very often they try to—in a cheesy way, of course—cash in on a current trend. I find it hysterical that this ride’s appearance at the carnival conveniently coincides with the release of the most recent Godzilla flick, but the truth is it’s probably riffing on Universal’s Jurassic Park and Disney’s Dinosaur rides, which have been around for several years. 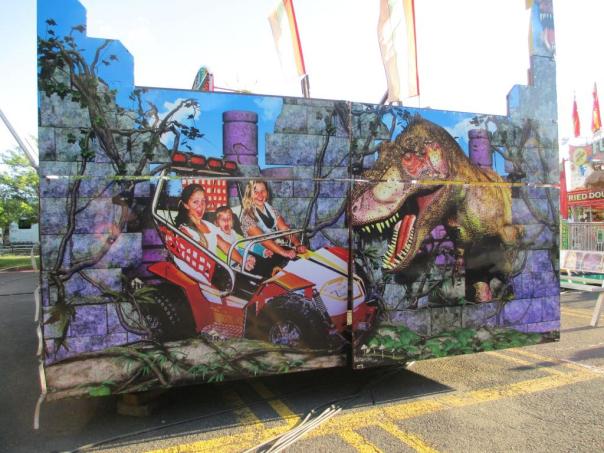 In this artwork it’s pretty clear they ARE doing an obvious riff on Disney’s Dinosaur…as Nathan pointed out, “this looks like Disney’s Dinosaur ride without the scary.” For proof, check out the next picture… 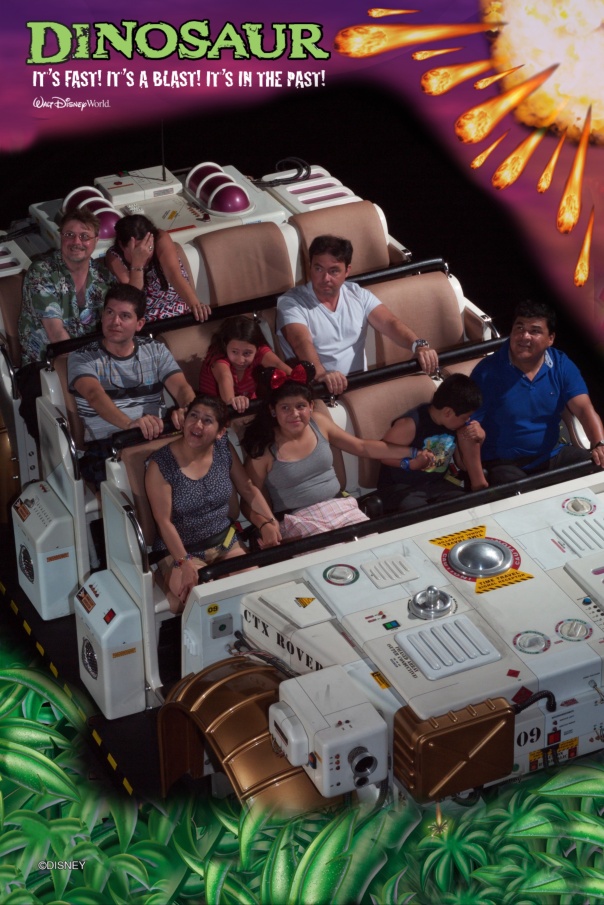 This is the photo they snap of you on the way out of Disney’s Dinosaur. The paper frame they give you usually has a scary carnotaur face roaring overhead. 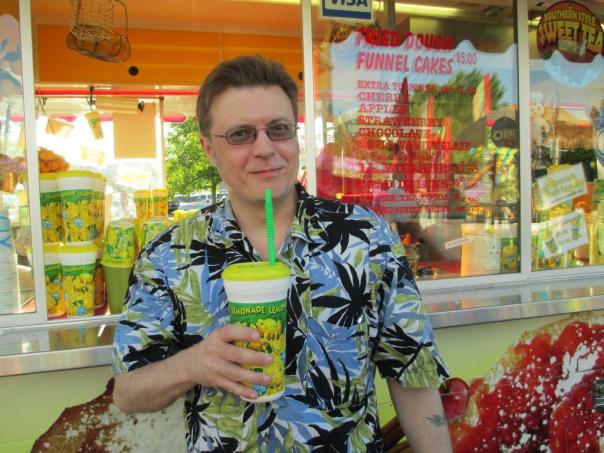 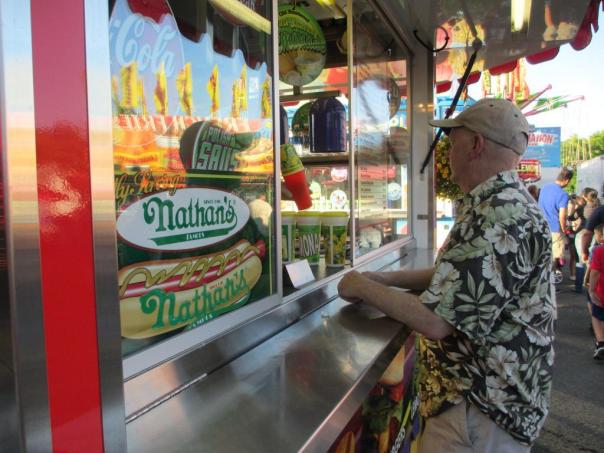 Charles gets a hot dog. 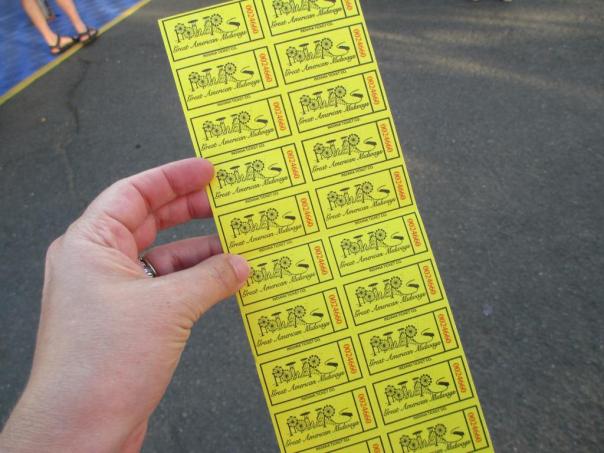 Ride tickets. Because, dammit, I was going on that stupid Quadzilla thing. I just had to check it out.

Enjoy this ride through of Quadzilla. It is absolutely terrifying, so I don’t recommend it for young viewers. 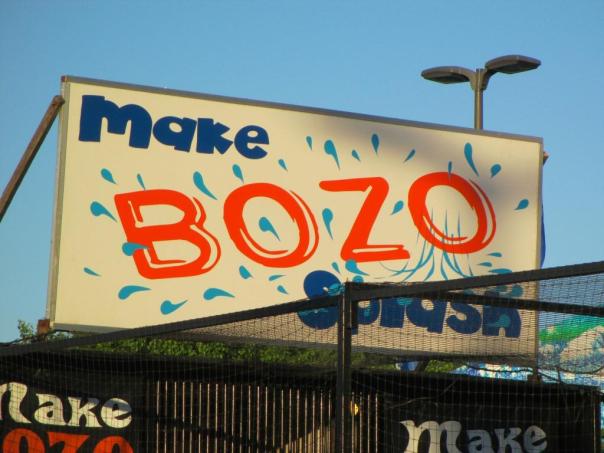 There’s a Bozo the Clown who sits in a dunking booth and shouts insults every year. He’s pretty mean, usually, and the one from when Straits Shows ran the place sat there and chain-smoked while he called passers-by horrifying names and poked fun at their clothes and bald spots. This guy wasn’t as good, but I took a picture of the sign anyway. 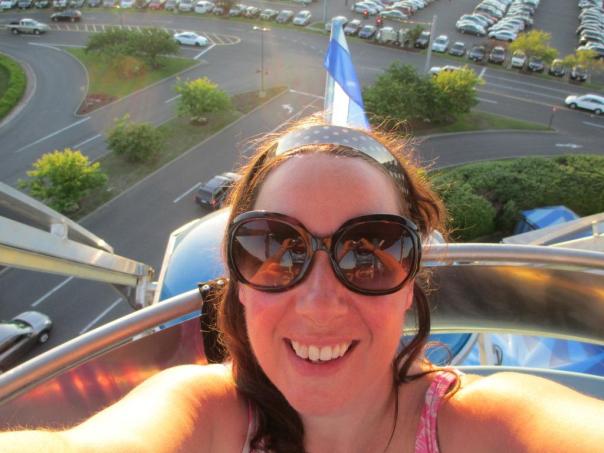 Selfie on the Ferris wheel! This Ferris wheel was pretty good, actually – it was a gondola style and it actually turned pretty quickly. 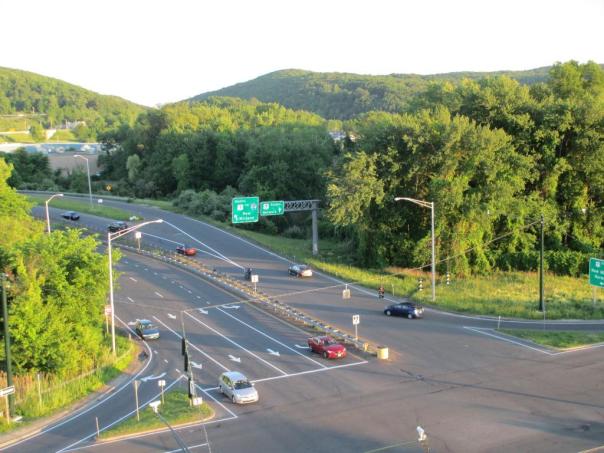 A view of the highway from the Ferris wheel. 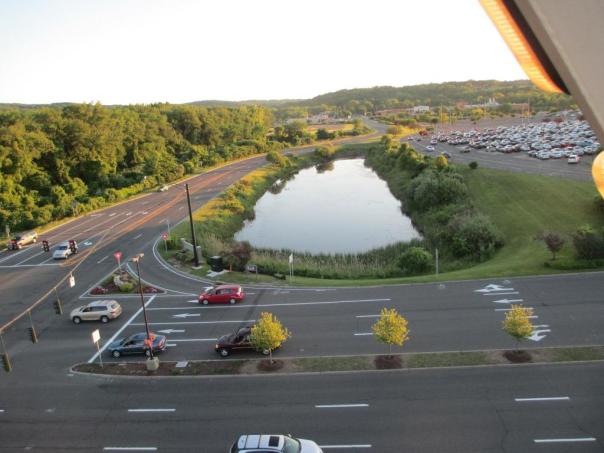 A view of a pond near the Danbury Fair Mall. Actually, the mall is built on a swamp, and in times of heavy rains, the access road around the mall floods. People say it’s sinking (I don’t know if this is true, but I could believe it). 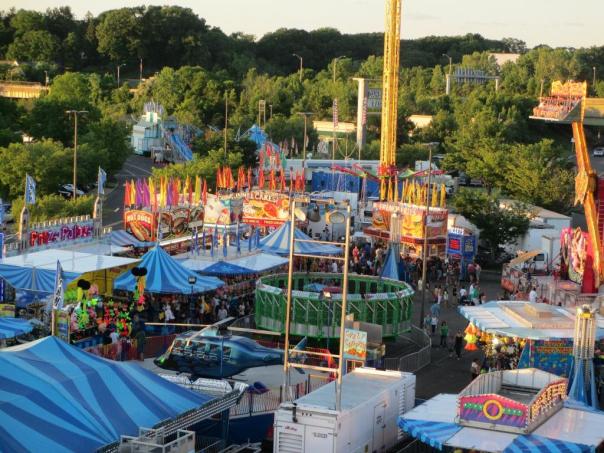 A view of the carnival from the Ferris wheel.

A ride on the Ferris Wheel. 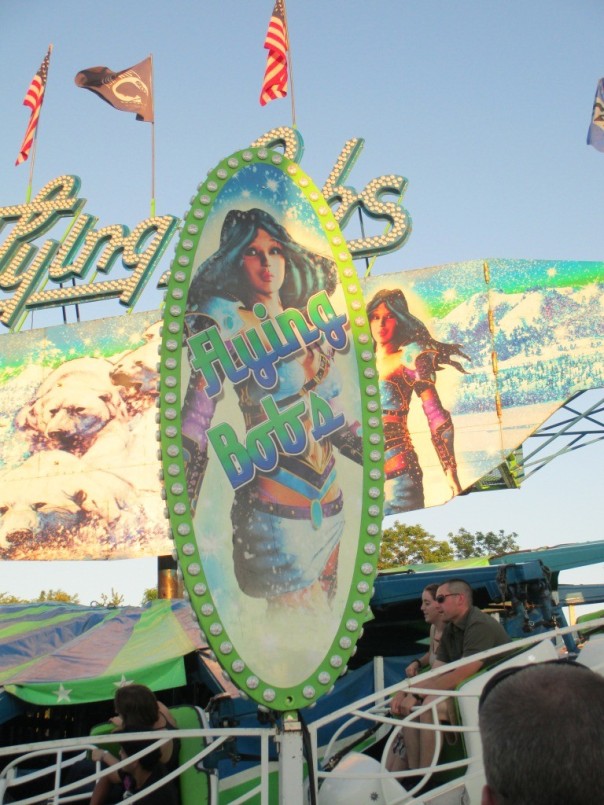 Nathan thought this read “Flying Boobs.” It does look like that’s what it says if you give it a fast glance (and the artwork behind the writing doesn’t help, either). 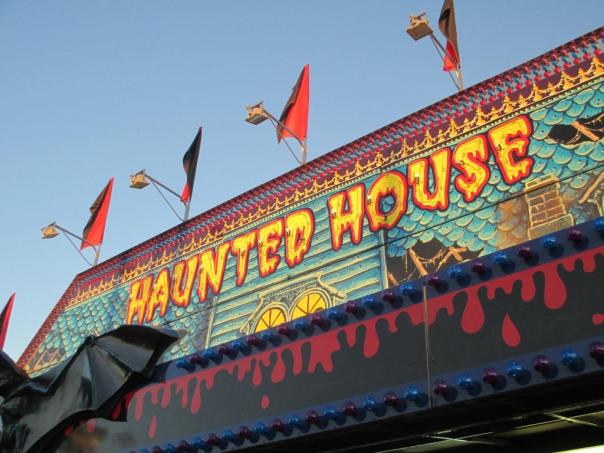 Haunted Houses are a fave – most of them at the carnivals we’ve been to have broken effects and the rides are super-short. This one cost four tickets, and at approximately a buck a ticket with a required purchase threshold, we decided to pass—especially after Nathan timed a car going through and it clocked in at 46 seconds. Charles says we might as well just throw four bucks on the ground and walk away.

A trip through the fun house is always a good time! 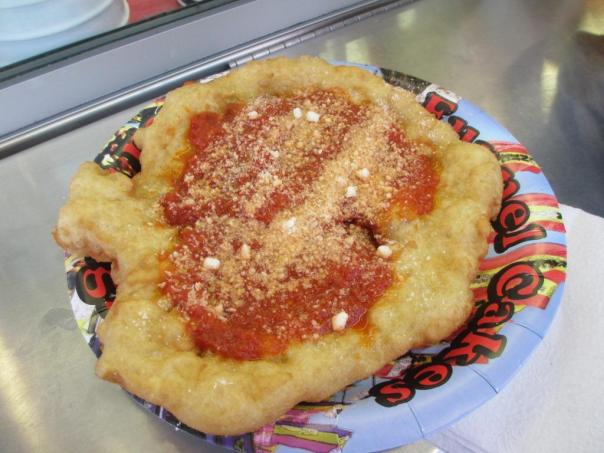 Fried dough – with my fave – sauce and cheese! 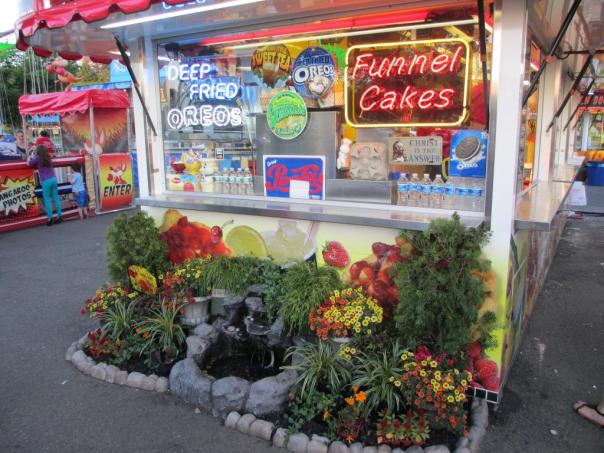 I’ve never seen a food truck at a carnival with such an elaborate display. 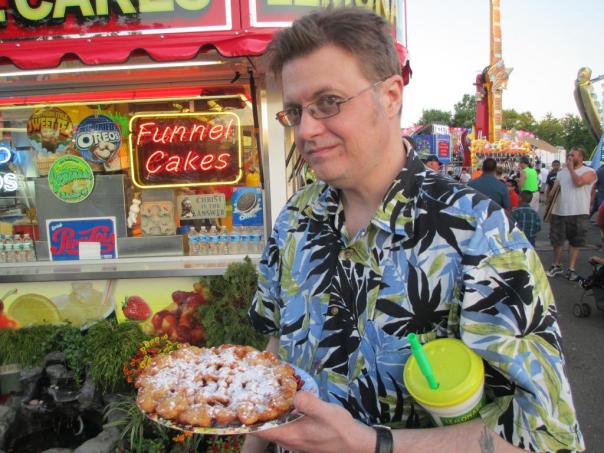 Nathan gets his funnel cake with powdered sugar! A common breakfast for him when he was a carnie. 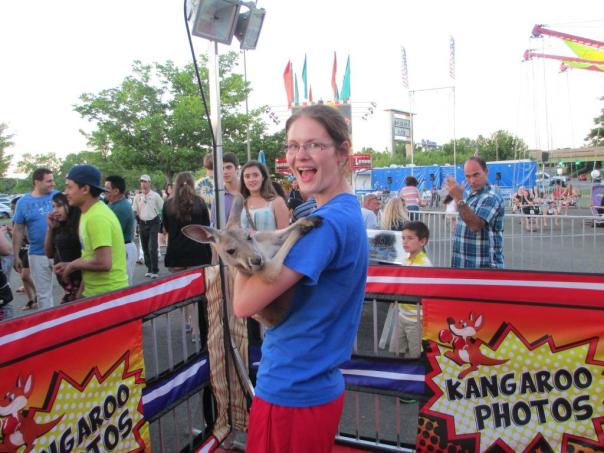 This sounds nuts, but we’d never seen a kangaroo up close before!

The kangaroo in a bit of action, followed by a discussion of some plans to open our own roadside attraction…