← IT’S 35 TODAY! Eleven things to appreciate about Jaws 3-D
What the hell is Disney Bounding and can it be practical? →

Margolynn gets an odd item in the mail in “Attempted Delivery.”

The manuscript for my upcoming short story collection, The Shadows Behind, has been delivered to the publisher, Books & Boos Press! The slated release date is April 2019.

This collection will contain some new stories, as well as some out-of-print pieces and reprints from currently available anthologies (if you’ve never picked any of those up, now you’ll be able to get some of them in one place). A few that are potentially included:

“Attempted Delivery” – An anxiety-ridden bookkeeper’s world changes when a piranha skeleton is accidentally delivered to her house.

“Deconstructing Fireflies” – The line between life and death is blurred in a time when man must create animals in order to eat. Co-written with Nathan Schoonover.

“Doors” – A city executive obsessed with order is forced to clean out the rural home of her late mother—a hoarder with a surprising secret.

“Immolation” – A man is called to the side of an active volcano for the sake of love, but it might be too hot to handle.

“The Sound of Sorrow” – A mysterious sound haunts a man who has avoided his past.

Something’s waiting for Elise at the top of the stairs in “Doors.”

While there’s a lot to do before this book hits the shelves–editing, prepping for marketing, planning a release party, et cetera–a new project has hit me out of nowhere, so right now, my energies are going to that. It’s a piece I started working on in 2015, but it just never took off until now (in fact, I junked the entire original draft and started over, taking it in a new direction). 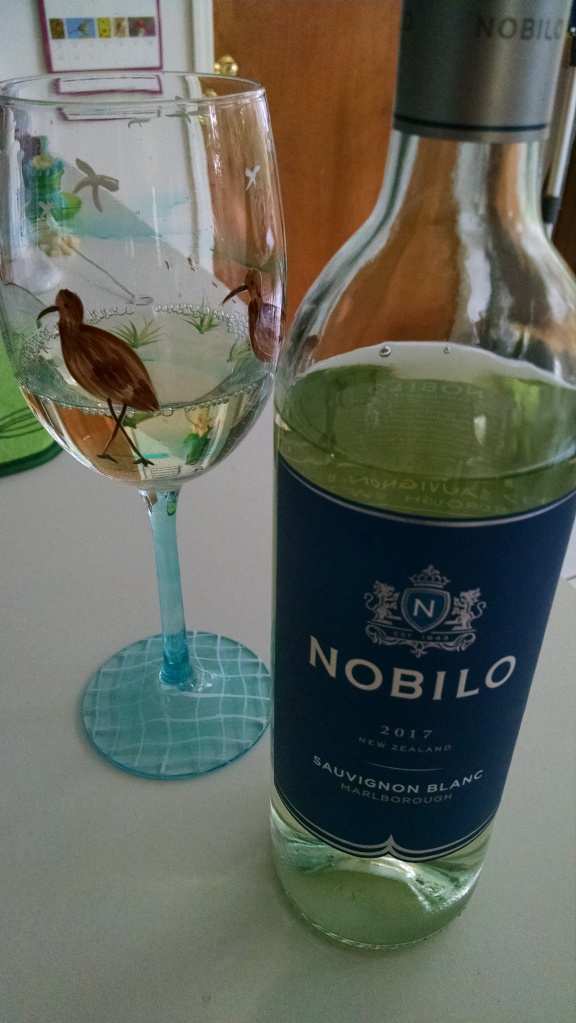 Completion of a project always calls for my favorite wine!

← IT’S 35 TODAY! Eleven things to appreciate about Jaws 3-D
What the hell is Disney Bounding and can it be practical? →