← Writing in the Time of Weirdness: How to Focus in Chaos
34 ORCHARD’S debut issue–Spring 2020–now available! → 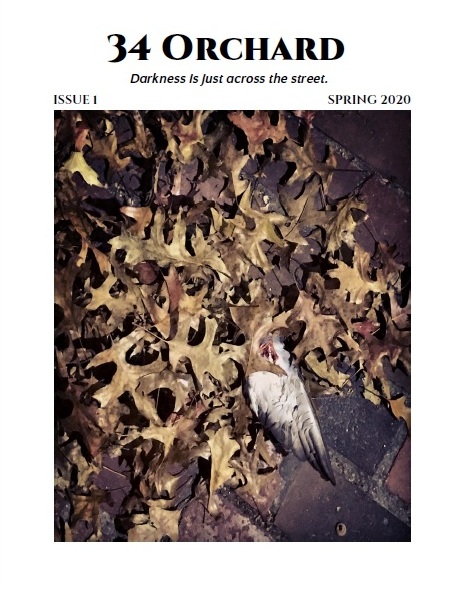 The cover of the Spring, 2020 issue of 34 ORCHARD. Cover art: “Lost and Found,” by Brandon Kawashima.

On April 25, artists from all over the globe deliver visceral work that unpacks the things we don’t want to admit are in our basements. Announcing the Table of Contents for 34 Orchard’s Inaugural issue!

A Hand Against My Window – Deborah L. Davitt

Laying out my dolls – Malcolm Davidson

← Writing in the Time of Weirdness: How to Focus in Chaos
34 ORCHARD’S debut issue–Spring 2020–now available! →