My picnic lunch at Beach Forest in Ptown.

I loved Ptown in winter—the silence, the gray sea, the shrieking winds. Being here in April’s warmth on the cusp of spring—watching everything come alive—is exciting in a different way. The birds are so numerous, varied, and loud I could swear I was in Bronx Zoo’s World of Birds. The grass and plants are brilliant green. And there’s barely a zephyr about.

Everything here has burst into green.

The writing I did today, the mood I was in reflected this vibrant environment. I was up at five and worked like a fiend until noon.

Then I got stuck.

This isn’t anything new—it happens in Danbury, too. I find the best thing to do is shake things up a little bit, and I do have my favorite activities. One of them is having lunch al fresco at Bluu with my friend Mo. We watch cars with New York plates screech into the Bob’s parking lot, people hustle in and out of the liquor store (because it’s Saturday and you can’t buy alcohol in Connecticut on Sunday), listen to the thrum of hip-hop pouring from souped-up sports cars. We have wine and eat edamame.

A view from our table at Bluu. This is to our left. Photo: Maureen McFarlane.

The Home Depot/Bob's Parking Lot. A very busy place on a Saturday afternoon! (The "For Lease" is because Linens and Things closed). Photo: Maureen McFarlane

Stew Leonard's Wine Shop. This is to our right. Photo: Maureen McFarlane.

It almost never works. Usually after that I’m shot for the day and give up.

This afternoon when it happened, I figured I’d try a similar tact—after all, if I was shot for the day, I am in Ptown and there’s partying to be done, so why not? I headed to the East End Marketplace, picked up a sandwich, wine, and the Provincetown Banner and drove out Race Point Road to the Beach Forest trail head, where I found my own little picnic table in heaven.

Me and Chance at the East End Marketplace. Chance always makes my cheese sandwiches just right! 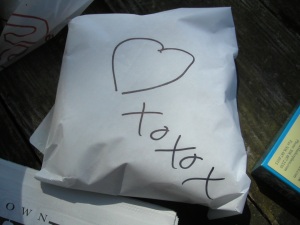 The wrapper on the sandwich. Actually, it seems that a few souls I've befriended in Ptown do not consider swiss cheese and dijon mustard on a hard roll a sandwich. Chance doesn't seem to care. 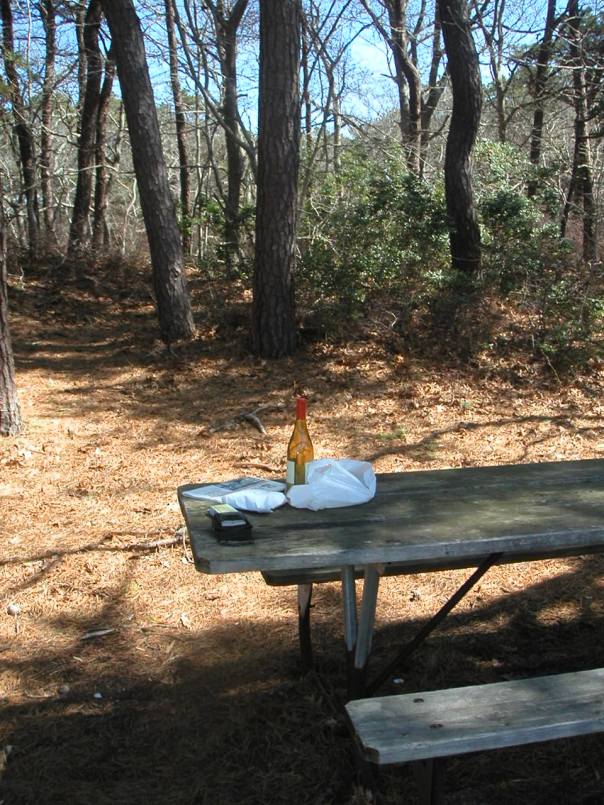 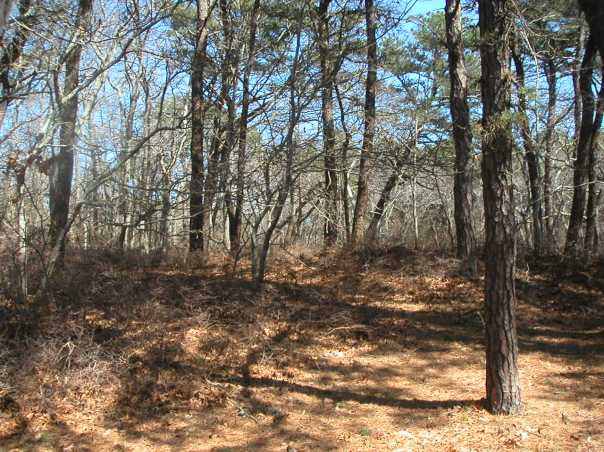 The view from my picnic table.

I sat and ate and read the Banner’s top stories: the harbormaster’s boat and crane barge sank in the violent storms earlier in the week; Napi Van Dereck, owner of Ptown’s famous Napi’s, found a piece of art that had been missing from St. Mary’s Church for years and returned it; Norris Church Mailer’s Memoir Ticket to the Circus was released. Chance had made the sandwich with the perfect amount of mustard. The sun kept me warm. Some chickadees came around pecking for crumbs. People pulled up in their cars, walked their dogs, or took up picnic spots of their own. When I was ready to leave, I realized something surprising had happened.

Ptown had its share of flooding. This massive puddle is what's left. I think it's a neat picture because of the cove beyond. 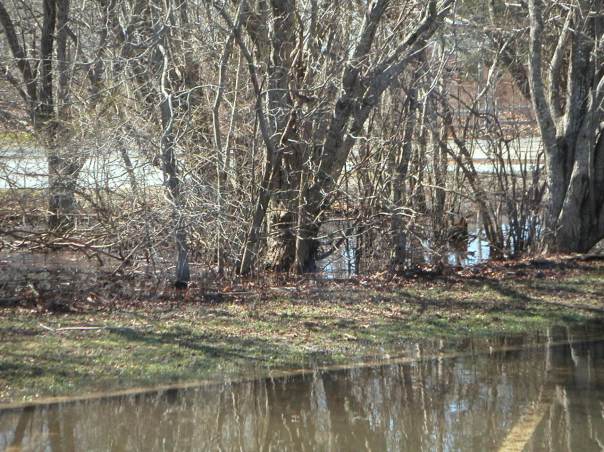 Even the trees took a hit.

I felt recharged. I hurried back to the apartment and hit the keyboard. I still haven’t opened the wine.

My parking space. Last time, I had Space 1. 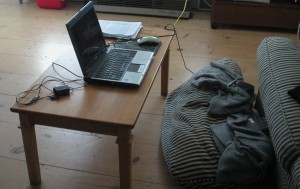