WHICH GHOST STORIES MAY HAVE INSPIRED SCENES IN DISNEY’S HAUNTED MANSION ATTRACTION? FIND OUT ON DAVE’S DISNEY VIEW!

Some of the tableaux in the Haunted Mansion may have been inspired by classic ghost stories. Find out which ones—well, some of which ones, anyway, we’ve barely scratched the surface—on Dave’s Disney View Podcast Episode 72. Dave and I had a great time talking all things spooky in the Haunted Mansion, just in time for Halloween!

If you’re a Disney Parks fan, then consider checking out his other episodes as well. Good stuff.

You can listen to the Haunted Mansion episode here:

…or, you can play it directly by clicking below:

Posted in News, Skeletons in the Swimmin' Hole -- Tales from Haunted Disney World 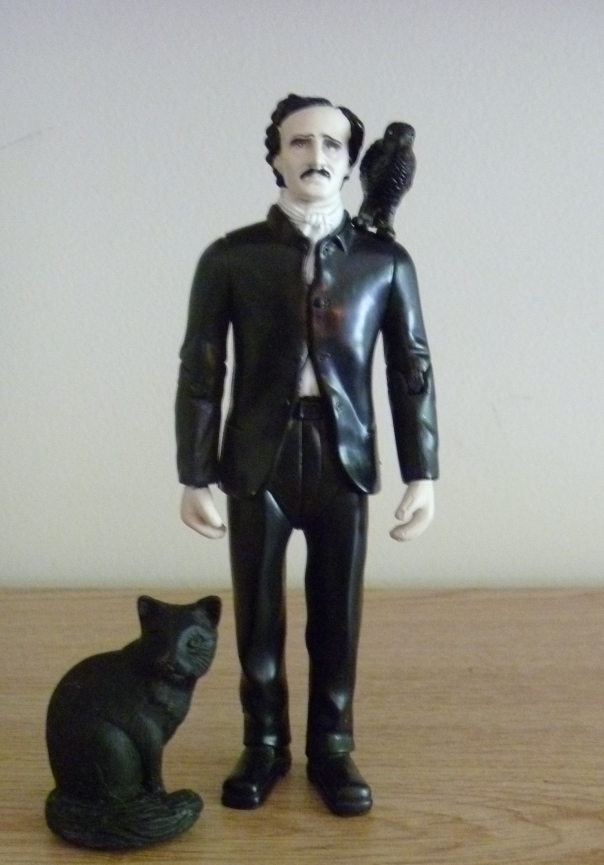 My Poe action figure. I can't write without him around!

October may be a strange time to choose to put GhoStory Guru on hiatus, but this month, I decided to do a special five-part series on Disney’s Haunted Mansion and the real ghost stories that may have inspired some of its scenes. The series runs every Monday, and on Sunday, October 30, 2011, I’m releasing a never-before-published short story from the original Tales from Haunted Disney World collection called “Grave Error,” written just for Haunted Mansion fans.

Here are the links to episodes #1 – #4 of “A Lit Look at the Haunted Mansion.” Enjoy, and visit this blog on Sunday, October 30 for that Halloween Treat!

A “Lit” Look at Disney’s HauntedMansion: The Attic’s Portrait http://wp.me/pIXRs-Y7

A “Lit” Look at Disney’s Haunted Mansion: The Skeleton in the Coffin http://wp.me/pIXRs-Yd