AN INSIDE LOOK AT AN NMWC WORKSHOP 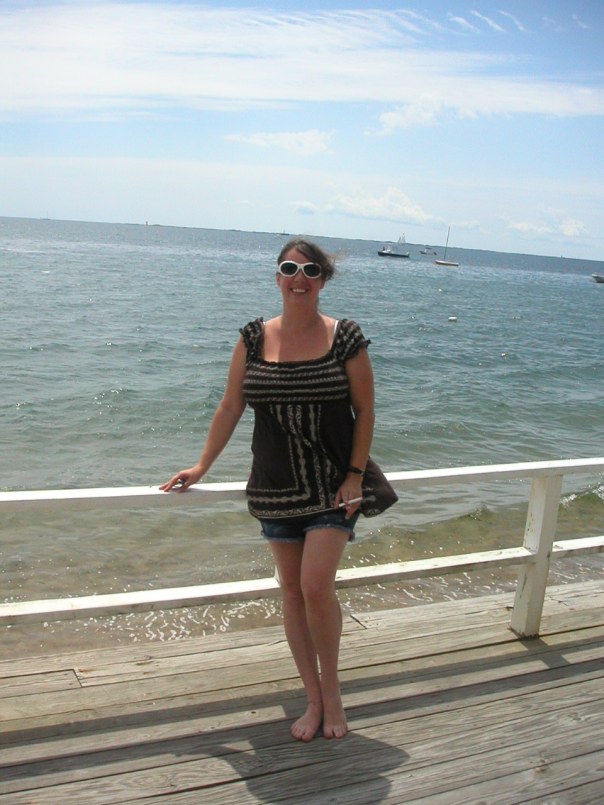 Many writers I know have asked me about the Norman Mailer Writers Colony workshop experience. I had planned, on some point, at posting specifics about the workshop I attended this summer—Fiction: The Protagonists with Marita Golden—but fellow writer and workshop attendee Len Joy beat me to it, and has done a fantastic job! If you want detailed insight on what it’s really like to attend a Colony workshop, you can read Len’s blog—and see some great photos—here.

I’d encourage any writer to apply for these fabulous week-long workshops; they’re offered all summer long in a range of disciplines and are taught by some of the most accomplished writers working today. Attendees are chosen on merit and the application period usually opens sometime in January.

And I won’t forget to mention that you meet some pretty neat kindred souls. Not everyone in my group has a blog or website, but here are the ones that do if you’re interested in “meeting” them:

And, of course, although you’re working—we had class every day and yes, there was homework—there’s still time to enjoy what Ptown has to offer. In my opinion, a little daily recreation—especially experiencing new things—is always what makes these workshops so rich. Here are a few pix from my great week. Links from the places I visited (those places that have websites) follow the photos. Enjoy!

Charles, who visited for a couple of days, managed to get this much better shot of my attic writing quarters. I was usually up very early every morning doing work before class met at 9:30. The light is different out there—it gets lighter earlier and darker earlier, so it does tend to mess with my normal sleeping patterns.

We had rain once the whole week, and I enjoyed it on the skylights in my writing room.

I spent time on the beach reading at least one hour a day.

Monday night all nine of us went to Fanizzi’s for dinner.

On Tuesday, John makes a California salad for lunch after class. He and Len had a nice place from which they could see the bay. 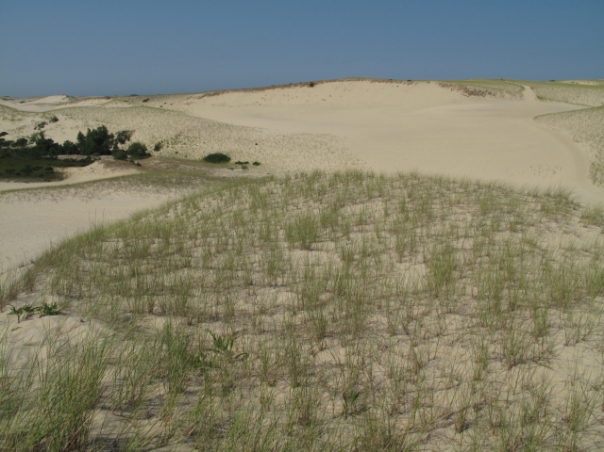 The dunes were popular with Lulu and Heidi, who took their bikes everywhere and spent a lot of time out in nature. I think they were out there pretty much every day, and I heard they did get a chance to see the Dune Shacks, at least from a distance.

I took Charles out to see the dunes, which I’d visited in winter. We ran into some visitors who were hoping the beach was nearby. I told them it was a long—very long—trek. In winter it hadn’t been that bad, but in summer in that heat, I wasn’t about to do it again.

We gathered for a cocktail hour on Tuesday night. Len was there early to set up.

Charles and I had been talking about visiting the Wellfleet Drive-In ever since I’d driven past it back in January. On Tuesday night, we got our chance to go. What a great place! More on this in a future blog entry.

…and even though the drive-in had the audio through a radio frequency, as they all do nowadays, some of the 1950s speakers still worked—and, in fact, the car next to us used that instead of the radio. Here, Charles messes around with putting it on the car window. The one we had happened to work, so it was a real kick.

Wednesday was really hot, so I spent some time in the water off Norman’s back porch. I’d also wanted to shoot a photo to accompany a blog entry about my short story “Jingle Shells.” I’d brought my tacky Christmas earrings and pins with me, and went to Marine Specialties where I bought a bag of shells I really didn’t need for a dollar. Fortunately, there was a little girl visiting the house that day. She was more than happy to watch me shoot these stupid pictures and chase the shells if the tip of a wave started to sweep them away—and more than happy to take the whole bag of them off my hands when I was done!

Marita, Heidi, Len, John, and I went to the Provincetown Art Association and Museum - PAAM - on Wednesday night to see Jazz with Dick Miller and Friends. Pictured are, left to right, Donna Byrne (vocals), John Bucher (trumpet) and Marshall Wood (bass), who, with Dick Miller (piano) performed some wonderful standards that so reminded me of my Julie London CDs. They even did one of my favorites—“A Nightingale Sang in Berkeley Square.” 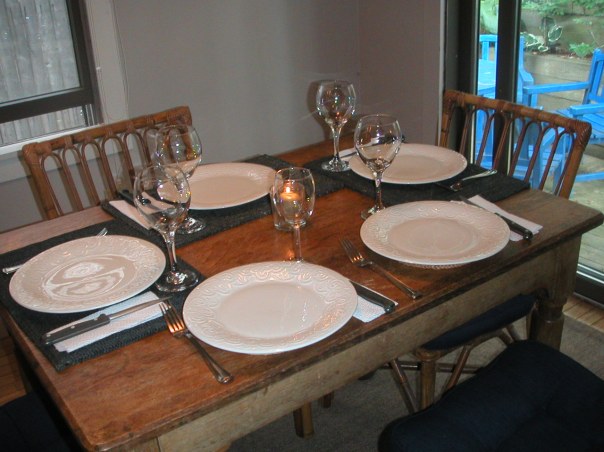 Thursday, Anne, John, and Len came over to my place for dinner.

I made steak—but we didn’t have a grill, so I had to call Nathan for a crash course in effective broiling. The three of them seemed okay in class the next day, so I suppose I didn’t kill them. The salads came from East End Market and Stop & Shop, so I knew we were okay on those! 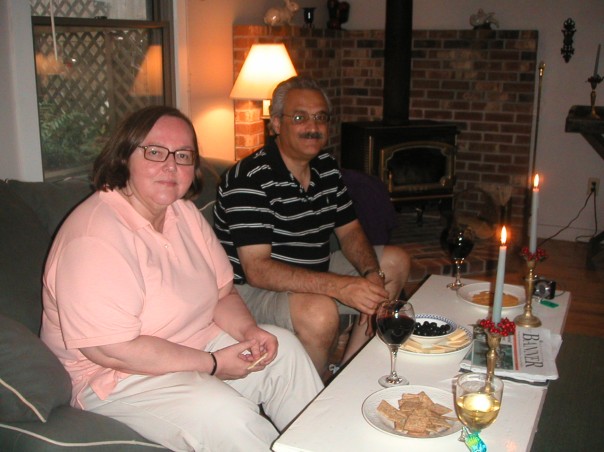 Anne and John in my living room, where I served appetizers.

On Friday, Adrienne and I decided to strike out for Truro Vineyards for a tour. More on this whole thing in a later blog entry…but isn’t this beautiful? 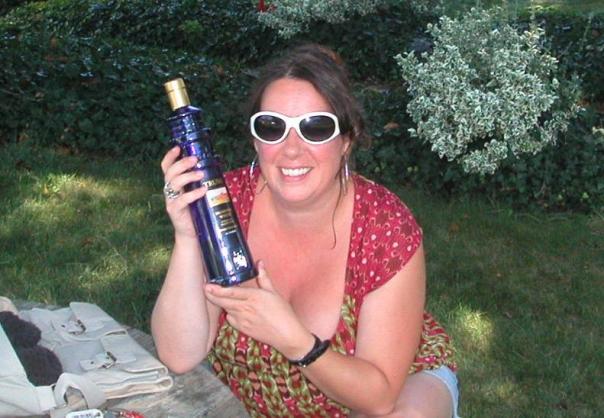 Adrienne and I each bought one of these lighthouse-shaped bottles of wine. The bottles are imported from Italy and they need to be hand-labeled, because the labeling machines cannot handle them. I shared mine with Charles when I got home—but Adrienne made a mistake and put hers in her carry-on, so it was…confiscated. Fortunately, the wine can be ordered online!

I had driven by this kitschy place in the winter, when it’s closed. Adrienne and I went here for lunch after the vineyards. Good stuff—Moby Dick’s menu features just about every kind of fun seafood thing you can imagine, including Wellfleet Oysters and Grilled Crab Cakes. I ordered the lobster roll, forgetting that down here in Connecticut—at least at the Black Duck in Westport—the lobster roll is hot meat in a toasted roll. This was cold lobster salad. I ate it anyway, but wasn’t that happy with it. My bad. 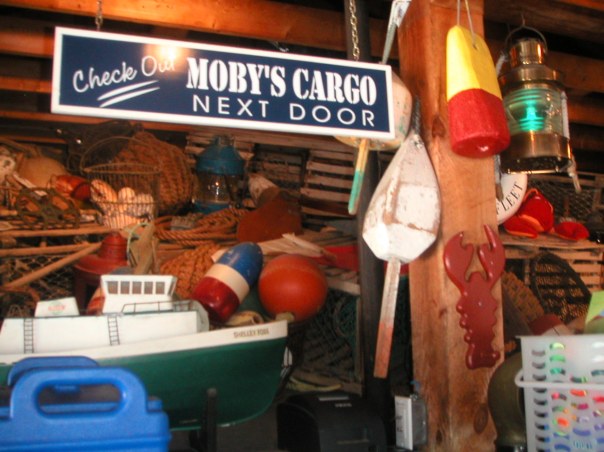 I love displays like this! In Moby Dick’s, they are everywhere. We didn’t have time to hit the gift shop. I’ll definitely be doing that next time I’m there during the summer.

Friday night we decided we’d all go out to dinner again, so we gathered at Lulu’s place. Left to right, Heidi and Adrienne at Lulu’s table.

Pepe’s is on Commercial Street, at the end of an alley and right on the water. Just to the right of this sign is Bowerstock Gallery. Later on that night, LuLu and I stopped in there—and I saw some art I really wish I could afford!

Heidi and I. We ordered the Fish and Chips and Adrienne followed suit. 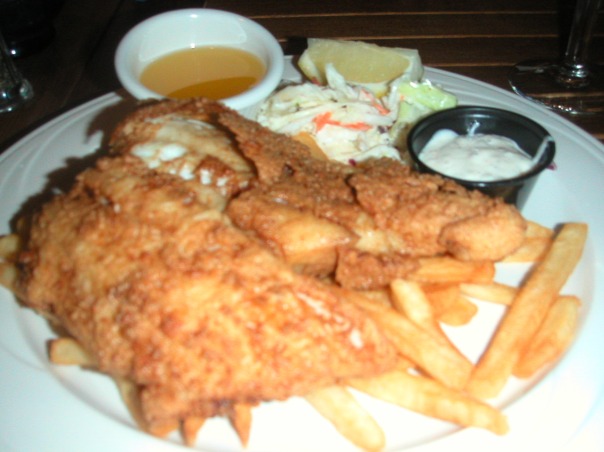 Doug gets ready to dig into his fried scallops. Hey, you’re in Ptown. Fried fish, as Heidi pointed out, is a MUST!

Well, except for Len, whom John dubbed jokingly as ‘the last serious man on earth’ when he announced he was sticking to his Friday night tradition: pizza!

LuLu and I weren’t ready to head back after dinner, so we headed out to cruise Commercial Street. I love stuff like this. In Ptown, it’s everywhere. I could take 200 pictures of interesting signs.

LuLu and I get a picture of ourselves down at the pier. We had just been to Marine Specialties and bought funky earrings we didn’t need. She’s wearing hers—aren’t those starfish cool?

Saturday morning before class I finally took some time to walk out on the beach while the tide was out.

When the tide is out, many animals get left behind in small pools. Here is a baby spider crab. This was a little female.

After class and a catered lunch from Farland, Marita, Adrienne and I went to tour the Pilgrim Monument, which on August 5th had just marked its 100th Anniversary with a parade and fireworks.

Adrienne working her way up the inside of the monument.

The view from the top of the monument. This is looking out over the bay—I think toward the South, but don’t quote me on that. 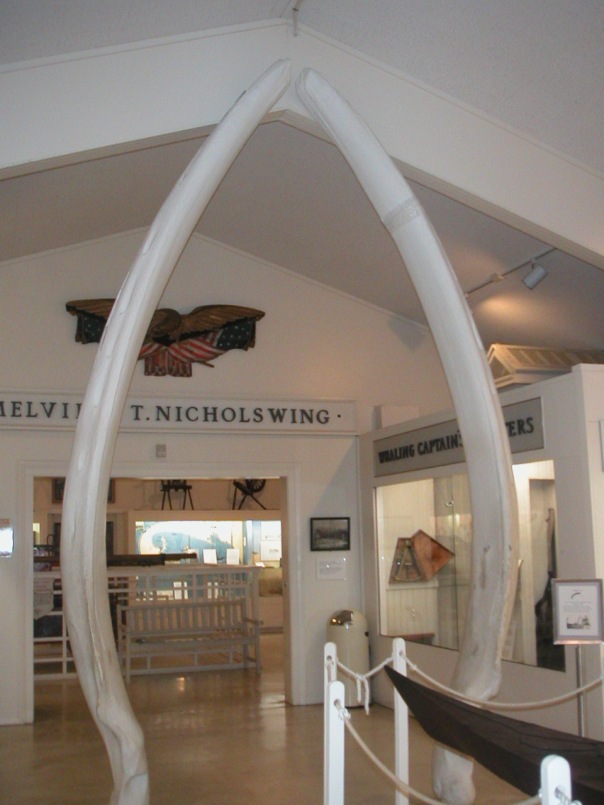 The museum, which is included in the admission price, features exhibits on the history of Provincetown, including a display on the signing of the Mayflower Compact in Provincetown Harbor on November 11, 1620. 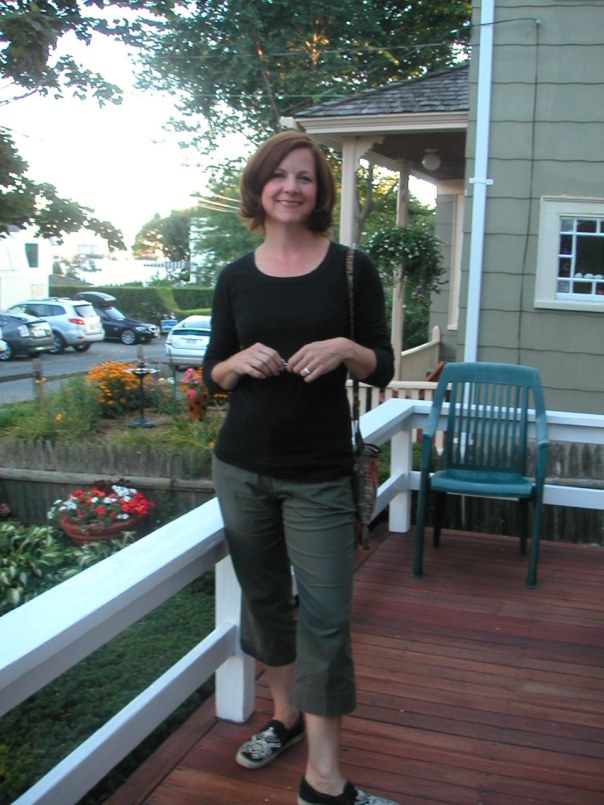 On Saturday we all met for wine and cheese at LuLu’s apartment on Commercial Street. Here she is on her front porch.

LuLu and Doug chat it up. 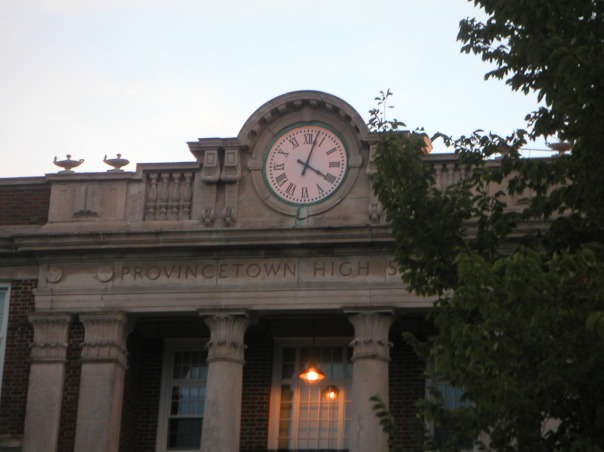 Marita, Anne, Adrienne and I scored tickets for the last night of the Provincetown Jazz Festival, which was being held at Provincetown High School. The evening was a tribute to New Orleans, and a portion of the proceeds benefitted the New Orleans Musicians Clinic. What a way to finish out the week! Paul Sanchez played for us, and got the crowd going with some of the most rousing music I’ve ever heard. Seriously, people were leaping out of their chairs. It was worth the money.

I took Doug and Marita to the airport on Sunday before checking out. The airport is tiny and so are the planes. Cape Air—which Doug affectionately dubbed “Scare Air”—flies out of here.

The dunes (information only)