DARK DISCUSSIONS Explores THE FOREST (2016) — with these resources, you can, too!

The recent film The Forest may not have gotten such great reviews, but the crew at Dark Discussions took time out to discuss its good points, its bad ones, and its setting: the fascinating Aokigahara Jukai Forest (Japan’s Suicide Forest).

Below, links to the episode, as well as a list of resources for those who might be interested in learning more about this macabre environment—a real place where, on average, 100 people take their lives per year—that the film (although shot in Serbia; permission to work in the forest is almost never granted) depicted well.

Note: For a place so mysterious and strange, END_OF_DOCUMENT_TOKEN_TO_BE_REPLACED

Russell’s SEA OF TREES is a sea of problems 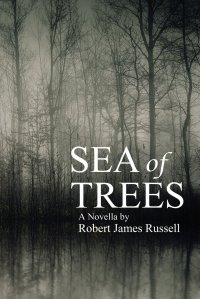 Where this book excels is in the vignettes of those who suicided in Aokigahara Jukai forest: we see the last moments of these people’s lives in chilling, haunting portraiture. Similarly, the world of the forest is brought to life; the writing itself is clear, yet peppered with poignant phrasing. The first person present-tense is sound and is a good match for this type of piece. The tension between the two characters is fantastic, as there is push and pull but neither gets what’s desired. It’s also an easy read (although the lack of commas where there should’ve been drove me crazy; I’m not sure if this was an editing fail or if it’s some style I’m not familiar with).

Despite all of that, however, I’d only be able to recommend Sea of Trees to those who are deeply interested in the forest.

Although the stories of those who suicided END_OF_DOCUMENT_TOKEN_TO_BE_REPLACED