ONE FAMILY TAKES MY BOOK SKELETONS IN THE SWIMMIN’ HOLE TO WALT DISNEY WORLD!

Adam Boneker and his daughter, Dakota, took Skeletons in the Swimmin' Hole to Walt Disney World

So, where are you headed in 2011? Right now, I’m sure some of you are saying nowhere because of all of these winter storms. But recently, Skeletons in the Swimmin’ Hole—Tales from Haunted Disney World got to travel to Disney World thanks to the Boneker Family of New Jersey!

This is the coolest series of pix I’ve ever seen! The Bonekers took the book and visiting the various attractions featured in its short stories—but spent the most time at The Swiss Family Treehouse, where “Charlotte’s Family Tree” is set. Since that’s hands-down one of my favorite attractions of all time, it was quite awesome to see my book become part of its unique settings (come on, who DIDN’T want to live in a tree house as a kid? I sooo wanted to sleep on one of those hammocks in the tippy-top room!)

Here we go! The Bonekers give Skeletons a tour… 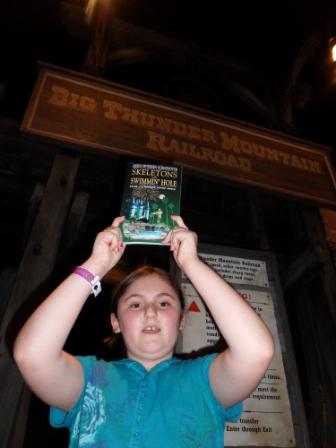 Dakota Boneker underneath the sign for Big Thunder Mountain. Disneyland’s version of this attraction is featured in the Skeletons story “Romancing the Goat.”

Adam Boneker and his daughter, Dakota, at the entrance to Splash Mountain, where the story “Miss Reyna Gets Her Comeuppance on Flash Mountain” is set.

Dakota in front of It’s a Small World, which figures into two stories—one in the book called “All This Furniture and Nowhere to Sit,” and one that isn’t in the book but is available online, called “It’s a Good Life.” (You can read “It’s a Good Life”—and download and share the PDF with your friends—here: http://bit.ly/hngTTE) 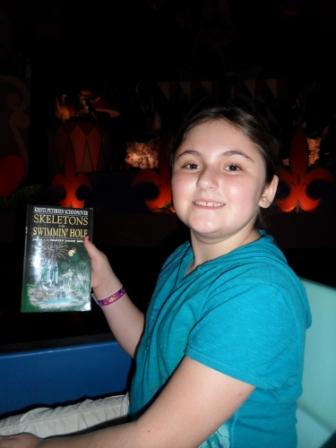 Dakota in one of the It’s a Small World boats. The boats play a huge role in the story “All This Furniture and Nowhere to Sit,”—Lainee purchases a boat, has it delivered to her house, and converts it into seating for her playroom…with disastrous consequences.

Dakota and Skeletons about to climb The Swiss Family Treehouse, the centerpiece for “Charlotte’s Family Tree.”

The sideboard in the Swiss Family Treehouse Living Room, which is where the wonderful organ that pipes out that polka is kept. In “Charlotte’s Family Tree,” something important happens in this room, and the organ music is featured prominently in the piece. 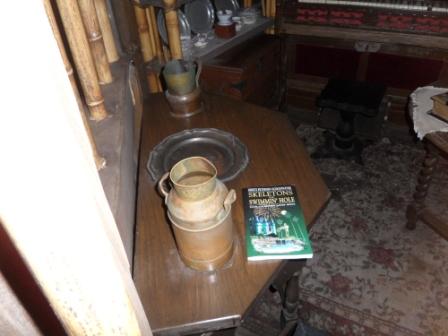 Skeletons on the sideboard in the Swiss Family Treehouse Living Room! 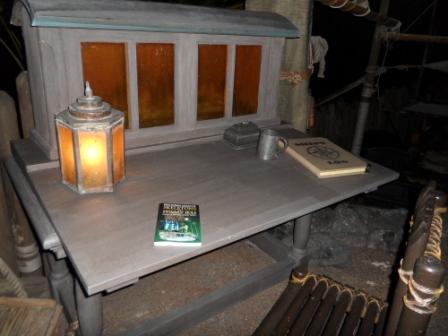 Skeletons seems ready to be served in The Swiss Family Treehouse Kitchen.

Posted in News, Skeletons in the Swimmin' Hole -- Tales from Haunted Disney World