“UNDER THE KUDZU” ACCEPTED FOR BEHIND LOCKED DOORS ANTHOLOGY 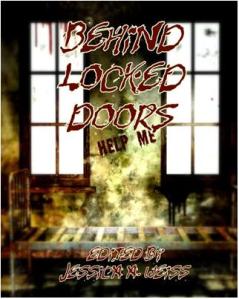 My short story “Under the Kudzu” has been selected for publication in Wicked East Press’ Behind Locked Doors anthology.

“Kudzu” has special significance for me. In September 2010, my friend Cynthia Wilson called me to ask if I’d seen photographs of structures that had been covered in kudzu. “Imagine,” she said, “what horrible scary things could be going on in houses buried by kudzu!”

She loved a good ghost story, so I suggested she write it. Her response was, “no, I want you to write it. I want to read what you have to say about it.” She then e-mailed me several pictures of the phenomenon.

Unfortunately, Cynthia passed away before she got to read my first draft.

After much critiquing by a few writer-friends and a few rounds of revision, I promised myself that this year I would get it published—if she couldn’t read it, at least others could.

I achieved my goal.

When Behind Locked Doors hits the stands, I’ll let you know. If you’d like to see the photograph of a kudzu-covered house that inspired the story, you can view that online here.