← 52 Weeks of Spam: Winners, Week of April 9
A Night to Remember: Our Titanic Dinner Photos →

A Look Back at J. Peterman’s Titanic Collection

After Cameron’s Titanic was released in 1997, The J. Peterman Company, a vintage fine clothing and accessories merchandiser, released its own line of Titanic memorabilia, replicating props and costumes from the film (like their famous Heart of the Ocean that now goes for anywhere between $500 and $2,000 on Ebay), as well as pieces from the real ship (like the $25,000 lifeboat).

I happen to be a proud owner of their Heart of the Ocean, but I kept the catalogues, Peterman’s Eye, long after the Titanic craze was over: J. Peterman told a well-written story around each of its products that just made you want to whip out your credit card. I had never seen catalogues employ good story-telling up until then, and I haven’t seen it since. I may have to buy something just so I can get their catalogues again. You can check them out here: http://www.jpeterman.com

To mark the 100th anniversary of the sinking, here’s a look back at most of the Titanic products the J. Peterman catalog offered. In some cases, the pages are split – my scanner can’t accommodate 12×12. Enjoy! 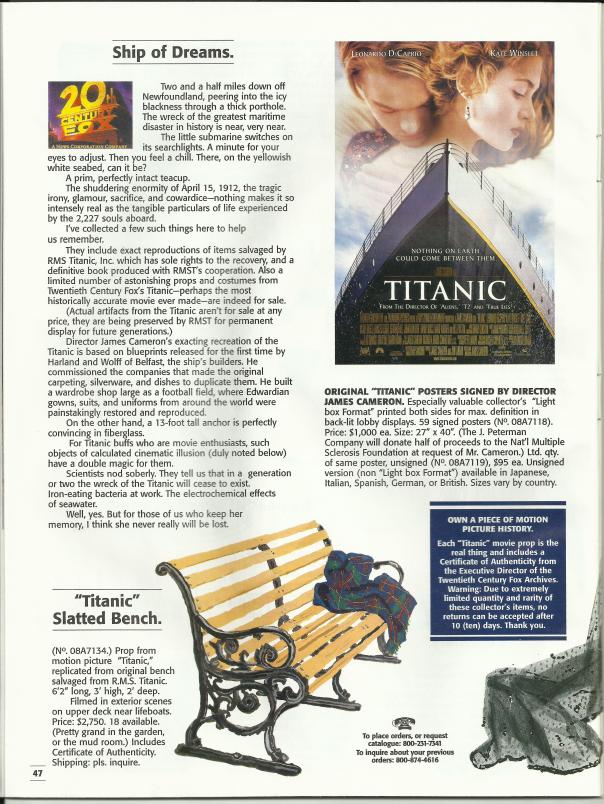 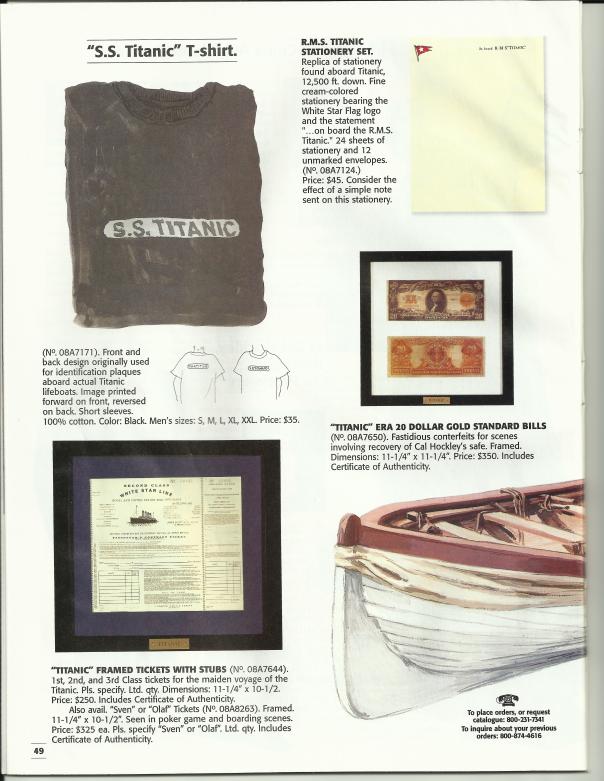 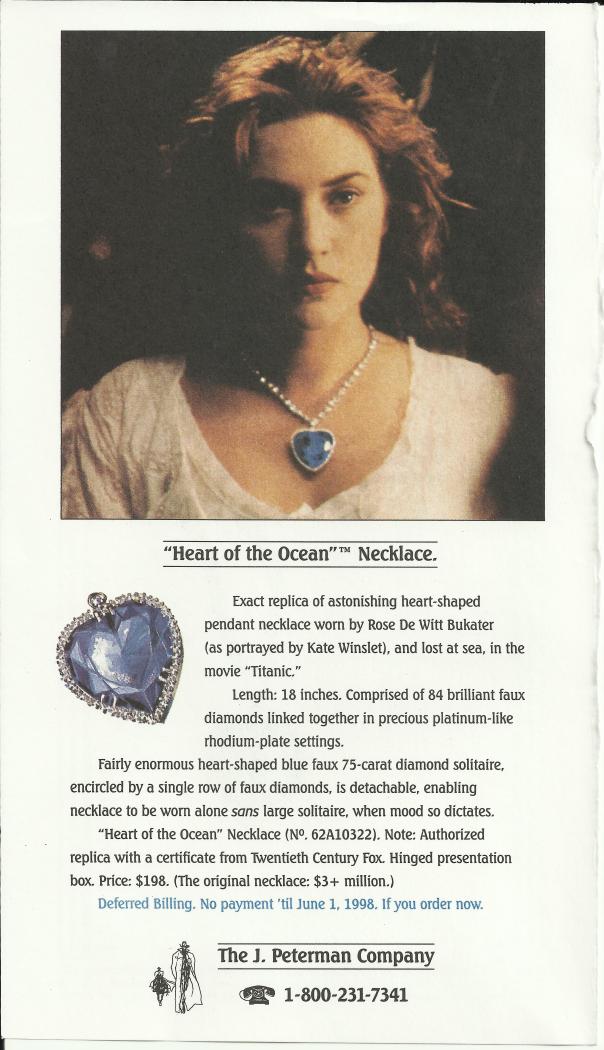 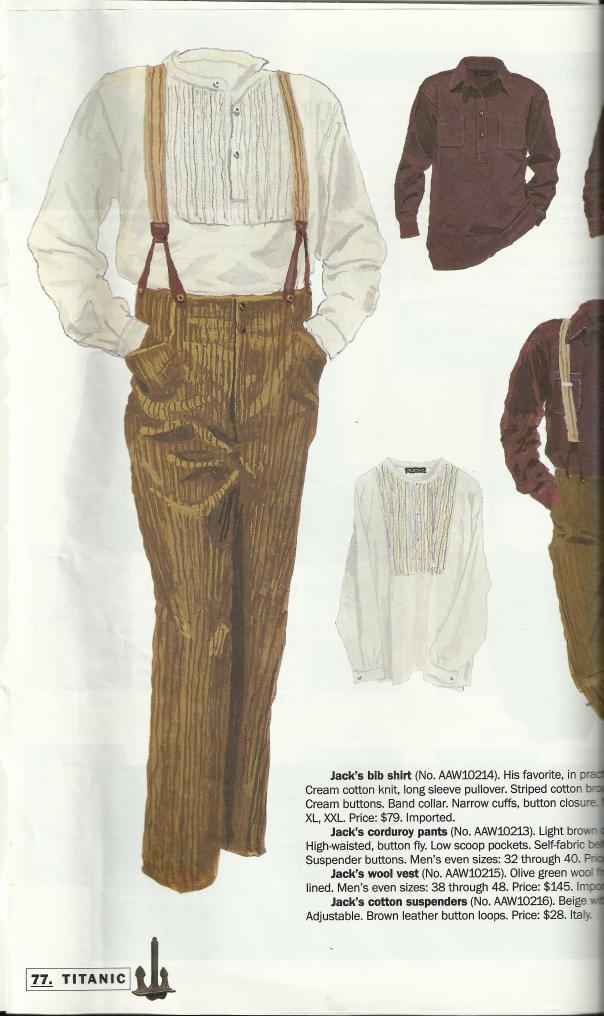 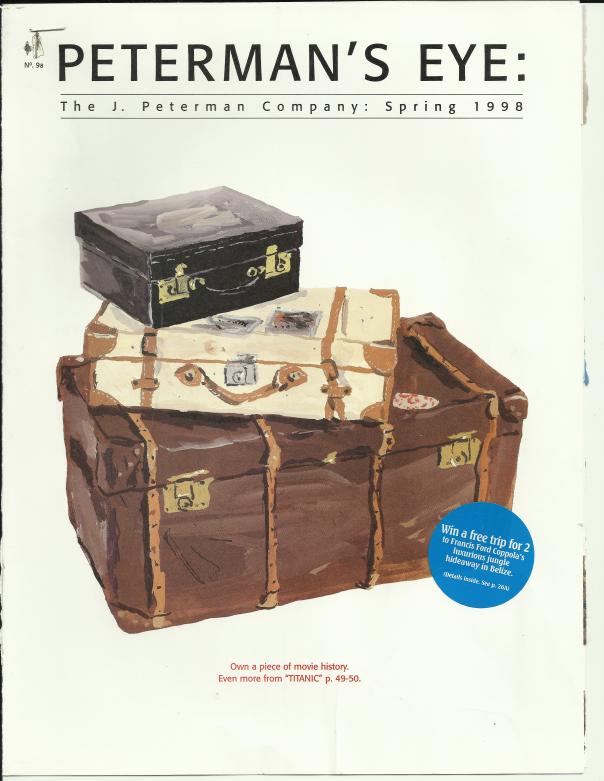 ← 52 Weeks of Spam: Winners, Week of April 9
A Night to Remember: Our Titanic Dinner Photos →