← DARK DISCUSSIONS gets a case of THE BERLIN SYNDROME
THIS WRITING LIFE EPISODE 10: DAMNATIONLAND is up! →

I spent the first six months of this year as a guest editor for an upcoming issue of Dark Alley Press’ Ink Stains anthology series, and I’m pleased to announce that, except for a couple of rounds of proofing and the fact that the cover isn’t complete, it’s in the can!

This was my first stint as guest editor, and it was nothing short of a magical experience. There was something special about not just cherry-picking pieces for a collection from a slush pile, but curating a collection; tapping talent for some unpublished stories that had haunted me for—in some cases—a quarter of a century, or always anticipating that moment when that perfect story I have to have! would appear in the submissions manager.

In addition, every writer I worked with shared the vision; it was an enlightening journey in every sense of the phrase.

The theme of the issue was my choice—decay. It’s a pervasive ghost that not only haunts the physical world; it invades our bodies, minds, relationships, and societies, and perhaps the greatest terror is watching it devour as we are helpless to stop it.

It was Miss Havisham in Dickens’ Great Expectations that first enamored me with decay. This collection will explore the complicated facets of it through fictions by seasoned professionals, talented first-timers, and burgeoning young adults. Each speaks powerfully to these inexorable, everyday things: the degradation of innocence, the rot of the body, the erosion of self and the decline of sanity; the failing of ideals and crumbling of relationships, the breakdown of society and the abandonment of faith, the corruption of morals. 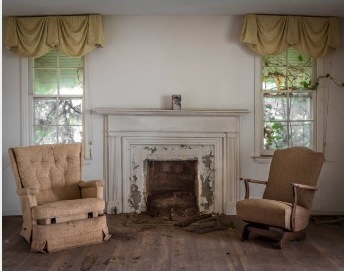 In these stories, one man is suddenly stalked by the same hooded figure that pursued his terminally ill father, while another stalks the world’s evil at great cost to himself. A woman who’s recently picked up smoking undergoes a monstrous transformation, another reels when she sees her boyfriend for what he truly is, and North Pole elves experience heartbreak for the first time.

It also will contain the first draft of “Overdrawn at the Time Bank,” the last piece written by my mentor, Dr. Daniel Pearlman, before he passed away. Dan was a huge believer in that a first draft should be a completely different animal from the final—“if you care about your work, that is,” he used to say—but in this first draft, we can see the ghost of where he might’ve been going. Let’s face it—his first drafts were like many writers’ (myself included) final ones. “Overdrawn” is an entertaining—and relevant—read, and I couldn’t be more honored to feature it here.

There are more, but I don’t want to give away all the surprises!

Here is the final Table of Contents:

“As We Rot,” Taro Turner

“The Mating Habits of the Late-Adopting Smoker,” Dorianne Emmerton

“The Fate of the Worms,” Page Sullivan

“The Cold Gets In,” Mary Thorson

“Do the Faceless Remember?” Megan Neumann

“Letting in the Cat,” Kaitlyn Downing

I’ll keep you posted on a release date, and here in Connecticut, there are things in the works which may point to a local bookstore event.

If you’d like to check out prior editions of Ink Stains (there are five in the series so far), you can check it out here:  http://a.co/hNiUi0U

← DARK DISCUSSIONS gets a case of THE BERLIN SYNDROME
THIS WRITING LIFE EPISODE 10: DAMNATIONLAND is up! →