← I have a talented sister-in-law…
It’s release day! Special preview of THE SHADOWS BEHIND → 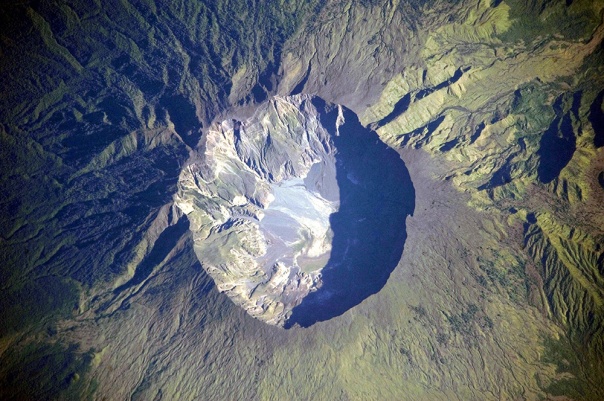 We’ve all heard of massive volcanic eruptions in the past killing thousands of people and laying waste to cities and entire landscapes. Before Santa Maria, before Mt Pelee, and even before Krakatoa, there was Tambora.

Tambora is an active volcano on the island of Sumbawa in Indonesia. On April 10, 1815, it blew its stack in what is still considered to be the largest volcanic eruption in the past 10,000 years. The blast was heard hundreds of miles away; the ash cloud covered an area nearly twice the size of the continental U.S.; entire villages were destroyed by hellfire and scientists are certain that at least one entire ethnic group was wiped off the face of the earth. The event and its aftermath killed an estimated 100,000 locals.

So intense is all of this that Tambora is at the core of my story “Immolation,” which is the first piece in my collection The Shadows Behind, coming April 30 (that’s Tuesday!) from Books and Boos Press. 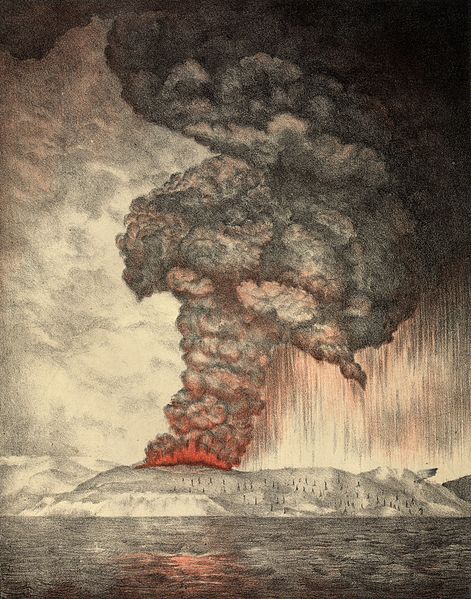 Krakatoa’s devastating eruption in 1883 (pictured here in this 1888 lithograph) had nothing on its predecessor, Tambora.

I first learned of the Tambora eruption when I was doing research for a panel on Frankenstein in which I was participating at RoCon 2 in 2016. It was the 200th anniversary of the writing of Mary Shelley’s masterpiece, and many attribute its inspiration to 1816’s the “Year Without a Summer”: Tambora’s eruption changed the world’s weather, plunging much of the world into freezing temperatures. Crops died. People starved. Shelley spent her annual Lake Geneva vacation snowed in, and her monster is rendered in eerie shades of the sick and starving that wandered Europe. 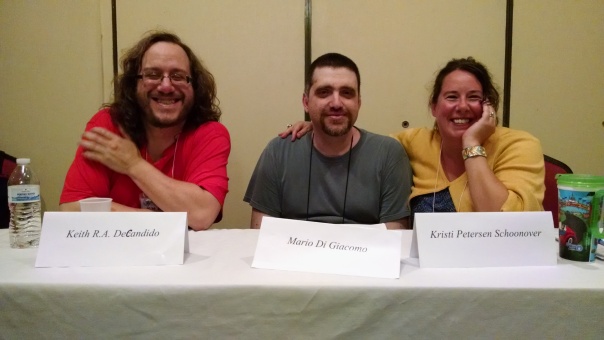 During the course of preparing my notes, I came across a book called Tambora: The Eruption that Changed the World, by Gillen D’Arcy Wood. It was a captivating read, but I was most fascinated not just by the eruption itself—if you know me at all, you  know one of my passions is volcanology, and it has been since I first read a National Geographic article on Pompeii when I was a tween—but by some haunting stories surrounding it.

In 2004, a team from the University of Rhode Island made a grisly discovery: two carbonized bodies inside the remains of a house. The woman was clutching a knife, indicating she may have been cooking dinner (the eruption occurred at 7 p.m.) and was flash-fried before she even knew what was happening to her.

There is the suggestion that this eruption wiped out entire languages and ethnic groups—there is one for certain, but even scientists admit there could be more, lost to history until they are uncovered.

Most powerful, though, is the legend of a wealthy king who perished in the eruption. He haunts the forests where his treasure is buried, and if one speaks ill of others, uses bad language or makes love to his woman there, the king will be angry. He will, at first, show you a lost kingdom, full of gold and fruit. Then he will send his daughter—another ghost of the eruption—to lure you into the forest, and you will never find your way back.

What a wonderful place to set a tale of lost love and heartbreak, and what the grief of those things can do to drive a person to do something terrible.

Here are a few links for further reading, and don’t forget to pick up The Shadows Behind to find out how Tambora plays a role in the lives of two people whose passion for each other leads to destructive, horrifying things in the short story, “Immolation.” You can order your copy here.

“Blast from the Past,” by Robert Evans, Smithsonian Magazine, July 2002 https://www.smithsonianmag.com/history/blast-from-the-past-65102374/

“The Volcano That Shrouded the Earth and Gave Birth to a Monster,” by Gillen D’Arcy Wood, Nautilus, December 31, 2015 http://nautil.us/issue/31/stress/the-volcano-that-shrouded-the-earth-and-gave-birth-to-a-monster

Want even more? Get Tambora: The Eruption that Changed the World, by Gillen D’Arcy Wood here: http://bit.ly/Tamborabook

← I have a talented sister-in-law…
It’s release day! Special preview of THE SHADOWS BEHIND →