← Well, THIS was hilarious!
Wandering through the past with Weird Al →

What I learned as an obit writer 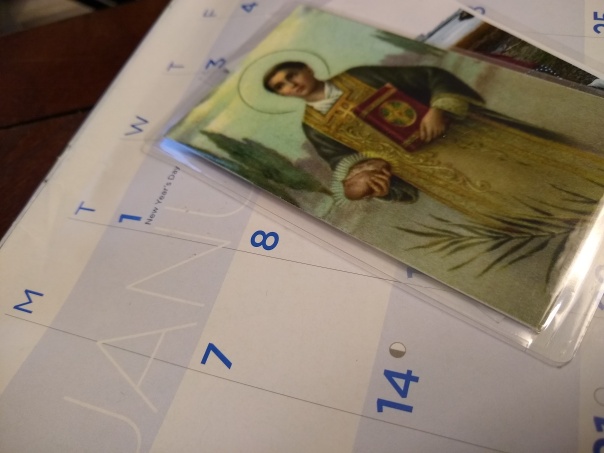 My first job out of college was as an obituary writer for the Putnam Reporter Dispatch in Carmel, NY.

Obituary writer! You’re thinking, “like someone who writes those long things in The New York Times!” Well, you’re right, but not really. I was more of a compiler than anything else. Nowadays, it’s more common that the families write up a tribute, give it to the funeral home, and then get charged to run it in the newspaper.

Back in the early 1990s, nearly all obituaries were put together by a newspaper’s staff writer, using facts pulled from a form the family filled out at the funeral home, and were free of charge (some newspapers may still do this, but I’ve found most small-town papers no longer have the resources, or they also do other things and obits is a tiny part of the job). Back then, anything written by the family was usually posted in a “paid death notices” section, or something similar.

My job entailed either pulling one of the aforementioned forms off a fax machine and calling the contact person to confirm that the facts were correct, or going to the funeral home to meet with a family member and fill out the form with them. Then I’d write up the little obituary, which at the time was just putting a litany of facts in a prescribed order.

It wasn’t an easy job, actually. People have a gamut of reactions to a loved one’s passing. I once talked to a woman who couldn’t stop sobbing long enough to say anything but “yes, that’s right”; conversely, I talked to a guy who was so excited his mother was dead he was having a party when I called his house (I’m not exaggerating, and he even invited me over for champagne). There were people who wanted to spend hours on the phone with me, sharing stories about their loved ones, and people who would either hang up on me or never return my calls. There were nights I felt really good about helping someone feel better, and nights I was so depressed I couldn’t wait for Happy Hour.

It was the most rewarding job of my life, and I wish I could do it all again.

It didn’t start out that way. I was actually creeped out; I had lost my mom at a young age and wasn’t really keen on being around that much death. My first week on the job, I was required to drive to all the funeral homes in the area, introduce myself, and find out how each home wanted its contributions handled.

One particular meeting sticks in my mind.  One funeral director was a real old-timer, a guy who’d been in the job for probably twice as long as I’d been alive at the time. He ushered me into his office, eased himself into his chair and said, “Welcome. There’s something I’m gonna tell you first, and that is, you’ll be busier at certain times of year more than you will others. You’ll be busiest right before the Holidays—like between mid-October and mid-December, the first two weeks in January, and right around the middle of April until mid-May.”

I remember scribbling this down in my reporter’s notebook, so that what he’d just said didn’t really hit me until I was done writing. I looked up at him and wasn’t sure how to ask why, but he seemed to anticipate what I was going to say.

“It’s because.” He leaned back in his chair. “People who have been sick, or people who just give up—they either can’t bear the thought of another holiday season and don’t want to go through it. Or, they just want to make it through one more holiday, and when that’s done, they feel okay to go. Or, in spring, you see, they see the world coming alive around them, everything’s green and the flowers are coming up, they somehow know they’re never going to thrive again, so they give up and die.”

Over the years, I’ve seen more people in my own life and the lives of people close to me pass on exactly in those windows, like he’d said. My mom passed April 18. My dad January 2. One of my best friends December 4; and a friend of a friend who was also ill died on that same day in the same year. My husband’s best friend passed away October 13. A college buddy’s father—a pastor—was ill and passed on April 29 (Easter was April 16 that year; it made sense he wanted to get through one more Easter, which was a very important holiday in their family). Another friend’s husband passed on May 10; a friend from high school’s dad on April 23. My mom’s best friend’s husband passed the day before Thanksgiving. These are just, honestly, a few examples. If I really thought about it, I could probably come up with at least forty or fifty.

You might be wondering “what they hell is she writing about this for?”

I don’t exactly know. But I have always wanted to share that story about the funeral director and what he told me, and how it’s haunted me all these years. What I do know is that I got much more comfortable around death, and began to accept it as part of the way of things, part of the circle of life; I also started to look at my own life differently: how do I want to live? What we do, every day, counts. It was an awesome thing to figure out at 22 years old.

If you’re curious about obituary writing, there are a few resources I could recommend.

“How to Write a Great Obituary,” Funeral Basics, https://www.funeralbasics.org/write-great-obituary/

“The Art of Writing an Obituary: Capturing the essence of a life in 1,000 words or fewer,” an interview with Ann Wroe, The Economist, June 5, 2017, https://medium.economist.com/the-art-of-writing-an-obituary-e64a546222f

“Everything you always wanted to know about writing obituaries but were afraid to ask,” by Emily Temple, Literary Hub, February 22, 2018, https://lithub.com/everything-you-always-wanted-to-know-about-writing-obituaries/

Here’s a person who writes obituaries as a side business. It’s not an endorsement—I don’t know the person or the work—but I found this in my travels and I think it’s interesting. https://dearpersonobits.com/

Obit, a documentary about the small staff of obituary writers at The New York Times. This is the link to Prime video on Amazon, but it is also available on DVD and Blu-Ray. Well worth watching.  http://a.co/d/2VvxNiR

Posted on July 14, 2019, in Deep Thoughts & Fun Stuff, The Writing Life and tagged funeral homes, how obituary writing has changed over the years, How to write an obituary, newspaper obituary writing, Obit documentary, Putnam Reporter Dispatch, what times of year have the highest death rates. Bookmark the permalink. Leave a comment.

← Well, THIS was hilarious!
Wandering through the past with Weird Al →